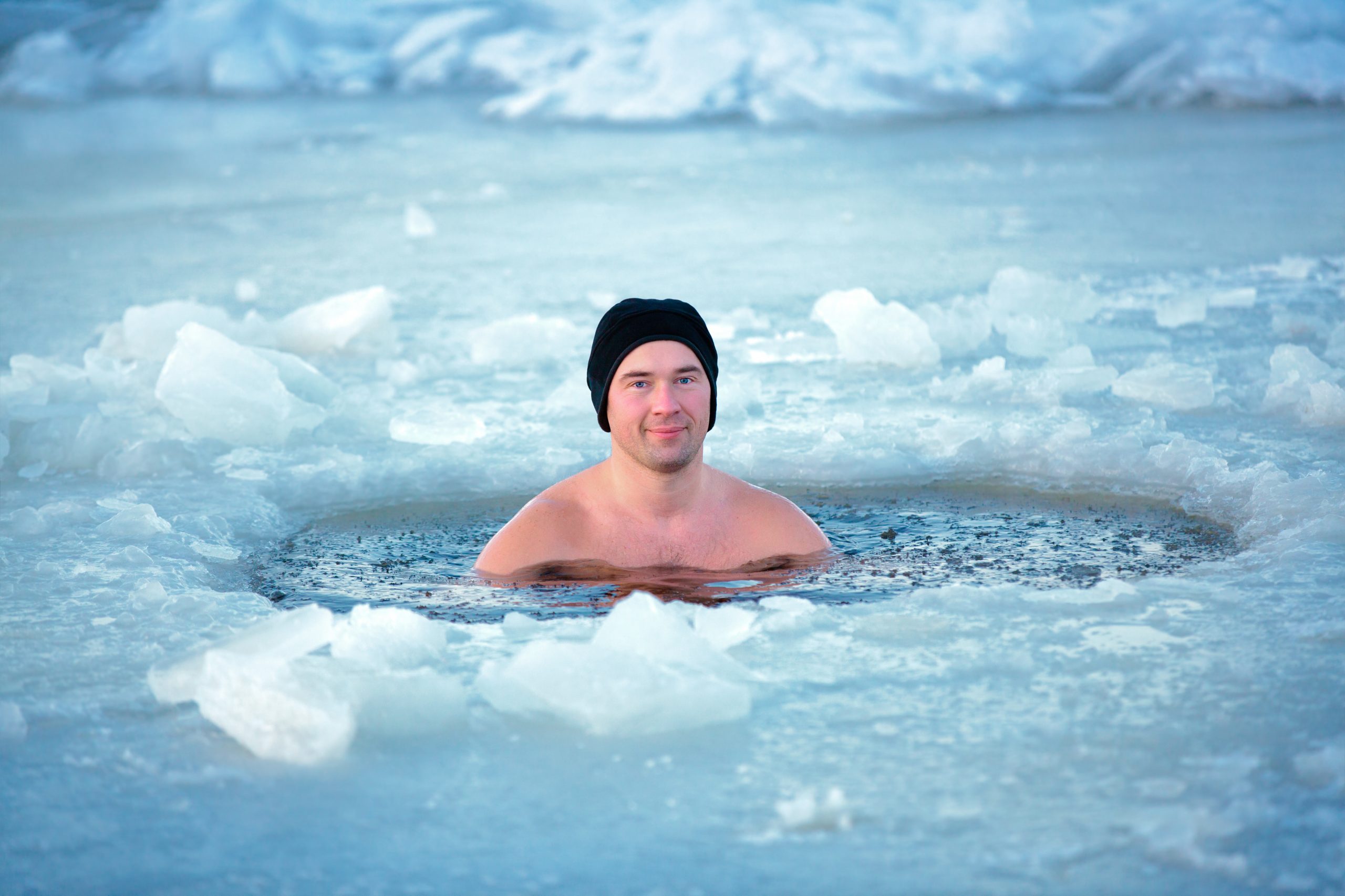 Most of us struggle when trying to limit our consumption of meat, sugar, and caffeine. We’ll whine when our alarm goes off in the morning. When we stub our toe or prick our finger, we gasp and yelp like a five-year-old. We’ll then complain about our tiny pain for the rest of the day.​ Enter The Ice Man or just “Iceman.” After surviving his wife’s suicide, Wim Hof raised his four children alone. With deep pain and sadness as his motivation, he learned to hold his breath for 10 minutes, swim naked beneath thick ice, and set world records. To date, he is the proud owner of 26.

“I Think Of The Cold As A Noble Force. It’s Just Helping Me. It’s Training Me. It’s Bringing Me Back To The Inner Nature, The Way It Was Meant To Be.”
— Wim Hof

Here’s a sampling of facts about The Iceman:

The Iceman was born as Wim Hof on April 20, 1959, in The Netherlands. With nine siblings, one of whom is a twin, Wim had to fight hard to stand out. He also had to quickly learn to defend himself from teasing and abuse throughout his childhood.​
At age 17, digging deep within himself, Wim became an extreme sportsman. It all began with a spontaneous jump into a freezing cold canal. The Iceman was born.

When you’ve endured near-freezing water for just shy of an hour, run Arctic marathons in your bare feet, swam like a madman under a lake’s thick ice for what seemed like an eternity, and learned to control your sex drive, you have but one thing left to do: launch a method so others can do the same.

​The Wim Hof Breathing Method was not initially created through academic research or scientific experiments. It wasn’t established by channeling information from aliens or Gods. The science of the Wim Hof Method was born from personal experience.​

Imagine if all health, healing, and endurance modalities could be developed in this fashion: no red tape, no government approval – just cold hard facts born from focused obsession.

Wim Hof’s website is chock full of information about his processes and experiences, including free instructions on his unique breathing method, known to fans as the WHM (Wim Hof Method).

Here’s a brief description of the WHM:

From a Kundalini perspective, this will open up your air passages and awaken your power center. You’ll immediately feel better.

In addition to his breathing method, Hof believes that repeated exposure to cold air or cold water will stimulate the immune system and improve your health. You can learn more about this on his website.

Wim Hof is known for his inspirational talks, beliefs, and procedures. Here are a few gems that Hof has shared in recent years:

Hof states that his methods are based on three core principles: breathing, exposure to cold, and commitment. Hof says, “Together, these three pillars provide you with a means to take control over your own body and to battle stress, fatigue, and many other obstacles in life.”

While becoming The Iceman, Hof also established a dietary routine in a form similar to The Fast-5 Diet outlined by Bert Herring. The rules of this diet are simple and akin to intermittent fasting: eat within five consecutive hours, every day. Herring says that integrating intermittent fasting into a daily routine “gets appetites working like they should — reducing intake if you have excess fat and maintaining a healthy weight if you don’t.”

If you’re ready to take your life (and immune system) to the next level, you can enroll in Wim Hof’s latest video course offerings. The new course consists of 10 major themes:

Wim Hof explains that it is each of us who harnesses the power within. He’s designed these courses so that initiates will advance themselves physically, mentally, and spiritually. Hof hopes that every participant will gain more peace, strength, and control over their energy and happiness.