Stepping-off The Shoulders of Giants: Why the Discovery of Calculus is a Touchy Subject? 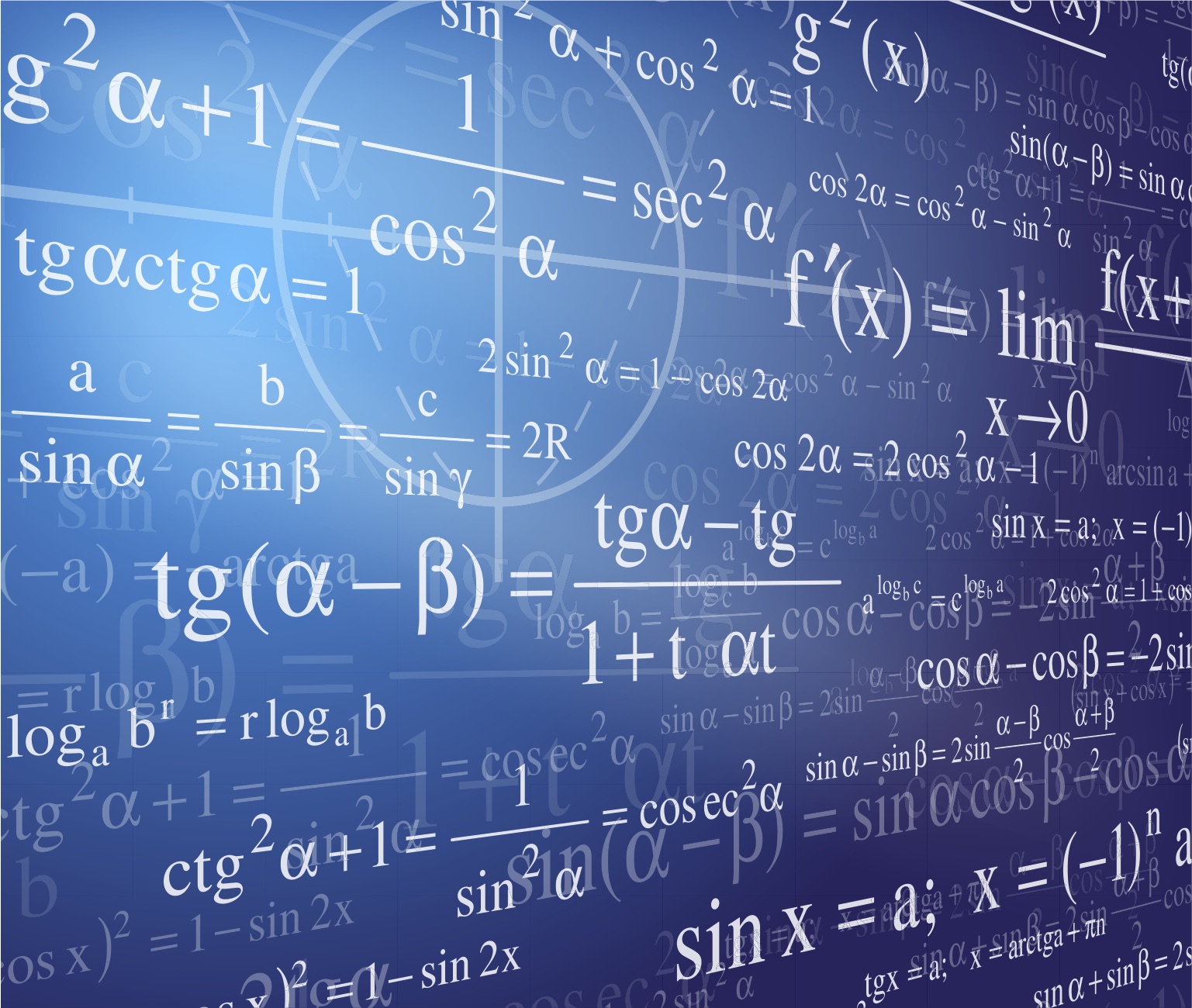 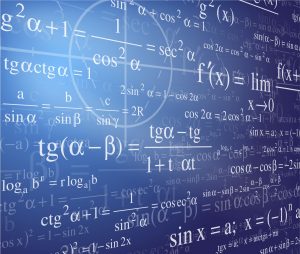 The Wonders of Calculus – A Shutterstock Image

In calculus, there are theorems and conjectures, generally born from thinkers who love to discuss ideas and rules related to the nature of the universe. Conjectures are guesses. Theorems are proven conjectures. In political theory, it’s akin to when a bill becomes a law. Both theorems and conjectures tend to have long histories of documented improvements and analyses. The equations, proofs and rules that arise along the way are often described as simple or neat. While calculus might be founded in intellectual elegance, the history of calculus is messy and contested. This begs the questions: “who created calculus?,” and “when?”

“If a ‘religion’ is defined to be a system of ideas that contains unprovable statements, then Gödel taught us that mathematics is not only a religion, it is the only religion that can prove itself to be one.”
— John Barrow

The Simple Answer: Everyone, and Apparently Often

Mathematics, the foundation of calculus, has been around for thousands of years. It began in Babylonia and Egypt, was built-upon by Greeks, Persians (Iran), Mesopotamians (Iraq), Arabs, Chinese and Indians, and then advanced by Europeans, including, Fibonacci, Fermat, Descartes, and Pascal.

Derived from the Greek word, “máthema,” math (or maths), has helped humanity explore and understand numbers, shapes, space, structure, change, patterns, and flow. It’s helped us to solve problems since the invention of the wheel and has become the foundation of our future. Business, medicine, engineering, artificial intelligence, and space travel have become forever dependent on mathematics.

In 9th century Middle East, Hasan Ibn al-Haytham gave birth to integrals, which describe displacement, area, and volume, the basis for one of the two branches of calculus. India’s prolific mathematician-astronomer, Madhava, advanced trigonometric approximations to include infinity. It’s said that the work of these two brilliant mathematicians was the basis for Isaac Newton’s and Gottfried Wilhelm Leibniz’s work 250 years later. The intense conflict between Newton and Leibniz is another story, coined, “The Calculus Controversy.”

How did Newton and Leibniz abscond with Madhava’s work? It is widely believed that Jesuit missionary priests lived in India during the 14th century, during which, they collected and absorbed the scientific knowledge from the country’s brilliant minds. Either during their residence in India or upon return to Europe, the priests were known to have given their meticulous notes to the scientist communities in their home countries.

Another theory is that In 1580, a man named Matteo Ricci removed highly coveted Calculus textbooks from a king’s library and took them to Europe. From there, Leibniz, Newton, and others worked to translate the books and reinvent calculus in their names. Many also believe that Newton stole his laws of gravity from a Vedic sage named Surya Sidhanta.

Who Discovered Calculus, Where’s The Beef?

When it comes to calculus and other areas of invention and science, there are two schools of thought. Some believe that technology, innovation, and creation advances cumulatively, incrementally, and linearly, whereby one advancement is imagined and then tested, and then subsequent advances are built-upon the prior intelligence and tests.

Others believe that invention is not necessarily linear. Given all of the civilizations that have come and gone over time, it’s quite possible that we’ve forgotten some of our most brilliant innovators, and many of our most remarkable secrets have been lost.

It’s in this vein of thought that it’s probable that we’ve reinvented a long list of our most treasured technological advances and inventions throughout the past 5,000 to 10,000 years. It’s quite possible that we’ve mastered space travel and blown ourselves to bits, several times over.

Not all invention makes its way into continual, progressive expansion, simply because of how nuanced, outrageous, or profound it might be.

This idea was presented in a paper entitled, “Nonlinear Innovation,” by Michal Shur-Ofry. Michal states, “Whereas most works and inventions are indeed linear and cumulative, there is an additional type of innovation which occurs both in the cultural and scientific spheres: innovation that is not concerned with linear and incremental improvements, but with dissent and discontinuity; innovation that breaks up with convention, identifies misconceptions or disputes existing paradigms. Such innovation “steps-off” the shoulders of giants rather than stands on their shoulders. I term it nonlinear innovation.”

Michal used the example of Dan Shechtman, who, in 1982, discovered a quasi-periodic crystal, something that, according to traditional, linear science, simply could not be.

Because he was so fearful of reactions from the often cruel, scientific establishment, it took Dan over 2 years to polish and publish his fascinating results. Because he had observed that certain aluminum-manganese alloys can produce unique patterns, which confirmed the existence of quasicrystal structures, he was awarded the Nobel Prize in Chemistry in 2011. It takes a great deal of courage to step-off the shoulders of heroes and giants.

Quotes about Invention, Calculus, and Mathematics

Invention, mathematics, and philosophy have long been tied together.

In every powerful regime, there are devious people doing the work of the dark. In order to preserve legacy, power, and tradition, they will rewrite parts of history to serve a select few.

In all things related to science and invention, we must consider that some of our scientific giants were thieves, and others were denied their rightful glory.

The Cycles of History and Discovery

William Strauss and Neil Howe published two books that speak to the organic tides of change, “Generations,” and “The Fourth Turning.” Within these pages is a powerful set of theories that describe history in four periods, each lasting 20 years:

The most potent of these are Awakening and Crisis. During Awakening, we experience the summer of creativity, exploration, and alignment. This is when culture is imagined and celebrated. During Crisis, we experience the winter and the solitude associated with our choices. This is when public life goes through a metamorphosis. The Unraveling and High provide transitional paradigms to bring us from one era to the next.

“When the human race learns to read the language of symbolism, a great veil will fall from the eyes of men. They shall then know truth and, more than that, they shall realize that, from the beginning, truth has been in the world unrecognized, save by a small but gradually increasing number appointed by the Lords of the Dawn…”
— Manly P. Hall

It might be said that, during periods of awakenings, we reinvent technologies and paradigms to increase our longevity. In the process, we grow pride and attachment to our creations, which leads the way to our Unraveling. This is when our ideas are challenged and our opposition gains steam. In the ensuing Crisis, we raze the past and prepare for a new beginning. With humility and grace, the period of High invites us into our next cycle of invention.

According to this theory, during any awakening, and at any time in history, inventors and scientists open their minds and hearts to the eternal muse. Because spacetime is a timeless continuum, when ideas come through, they can involve any level of advancement. It might be 1650, but upon engaging his muse, the scientist might be given ideas from 2025.

It’s in this light that innovation, invention, and mathematics could not be categorized as cumulative or linear. They could only be described as having dynamic potential in every direction. The same can be said for each of us.