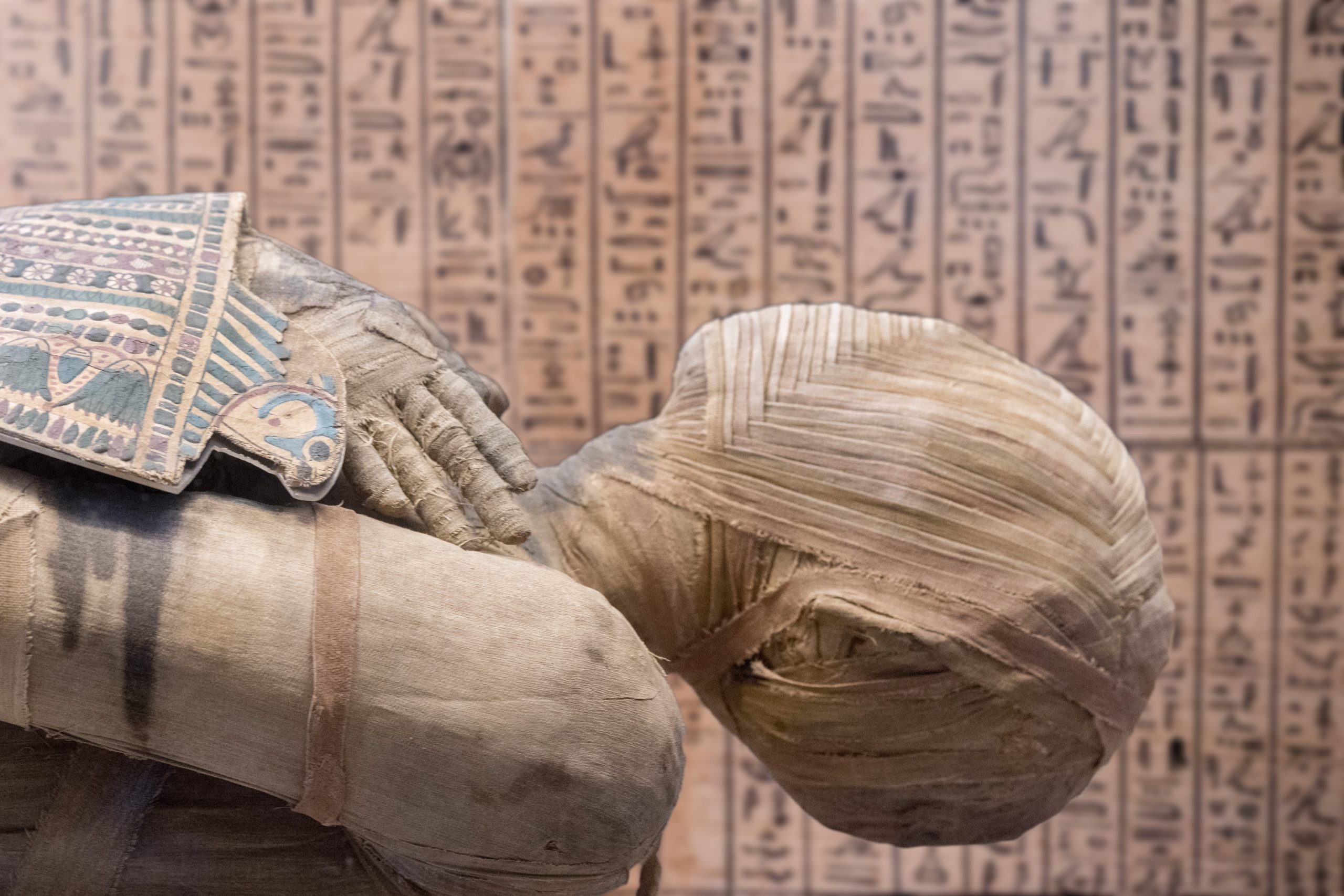 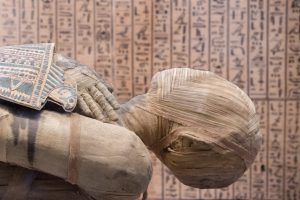 Imagine the perfectly mummified Egyptian princess and priestess, Henut Taui, “The Lady of the Two Lands.” She was beautiful, powerful, and gently alluring. Imagine you’re thrust back in time and immediately invited to her palace to enjoy the most luxuriating experiences of the day.​

As you sit near her throne, you’re showered with new delights and substances, the likes of which you never imagined you might find in Ancient Egypt, like cocaine and tobacco… wait a minute.​​

While this fantasy defies the narrative of mainstream Egyptology, there’s evidence it actually could have happened. That’s because Henut Taui and the controversial “cocaine mummies” revealed a vast global trade network that linked the new world with Ancient Egypt.

Although there is no physical evidence of tobacco or coca plants in ancient Egypt, Egyptian recreational drugs were plentiful. The leafy plant Harmal can be converted to the chemical Harmine through a simple distillation process. The result is a potent antidepressant, which can also be used to treat inflammation and fever. Psilocybin mushrooms were used to acquaint avid aspirants with the Gods.

The most probable street drug of choice in Egypt was Blue Lotus. This lovely flower helped the shy become more talkative, relaxed and more blissful. It was enjoyed in tea and alcoholic spirits by every faction of society. Homer and Odysseus feared this plant because it removed the fear required for war.​

When the King of Bavaria purchased Henut’s remains in the early 19th century, her sarcophagus was placed in a Munich museum and stood undisturbed for a century.​​

In 1992, toxicologist Svetlana Balabanova discovered traces of cocaine and nicotine in the hair of Priestess Henut Taui. Since these drugs were not found on the African continent until after Columbus voyaged the seas, archeologists and historians have wondered how this might have occurred.

Did the arrival of these drugs on Egyptian soil begin with a trade? Or was there another source for the drug already thriving in Egypt?

While traditional archeologists and historians fought the findings, the headlines were accurate: “Cocaine Found in Mummies!” So began the mystery.

Since nicotine was accessible on many continents and easily derived from plants other than tobacco (i.e., Withania Somnifer and Apium Somnifera), finding nicotine in a mummy’s hair was not unusual. Even cannabis had been part of Egypt’s cultural and religious practices for centuries prior to Henut’s reign. Cocaine was a different story.

It’s only recently that koʊˈkeɪn or كوكايين (cocaine in Egyptian) has become one of the most popular drugs in Egypt. Heroin, imported cannabis, and ecstasy have also become increasingly popular. But these trends developed over the last 30 years, not centuries.​

To explain the tobacco nicotine and cocaine found in the hair and skin of mummies took some digging. Some thought that the rampant fraud found in the mummy business was the culprit. After all, if your mummies had cocaine in them, wouldn’t they be more valuable? Most certainly.

The History Of Fake Mummies

In Victorian times (1837 to 1901), Egyptian artifacts were the rage. This is when recently deceased; mummified Egyptians were sometimes sold off as the real, ancient thing.

During this era it became fashionable to sell individual limbs from these corpses. As archeologists dug deeper, it was revealed that some of the handsomely preserved deceased were convicted and recently euthanized criminals. The demand for authentic mummy fingers and toes outstripped supply.

In the 16th century, armed with the belief that ground-mummy cured illnesses, people would eat the flesh of mummies in the form of a powder akin to bitumen, known as “Mummia.” While this traditionally Islamic and ancient Greek practice started with the consumption of bitumen, a type of asphalt, the public began to interpret “Mummia” as “a black, resinous medicine scraped out from embalmed Egyptian mummies.” This is when real mummies were seared and then powdered for mass consumption. Crazy, right?

While the mummy-powder often made people ill, it was assumed that the negative aspects exiting the body caused the immediate sicknesses. Because of the insanity, hype and related fear, expensive “Mummia” bitumen was sold in apothecaries around the world.​

It’s from this lineage of events that fraudsters may have thought to inject cocaine in the hair of ancient and recently deceased mummies. Their hope may have been to inspire a lucrative market for “cocaine mummies.”

While this sounds like a reasonable explanation and correct to some extent, the only logical theory that solves this question is that sea-based trade routes between The Americas and Africa existed long before Columbus.

Some archaeologists and cultural snobs believed the mummies Balabanova tested were faked, but subsequent investigations of her “Munich Mummies” proved the mummies were authentic. Balabanova went on to test 134 additional mummies and bodies, including ones from Sudan, China, and Austria. One-third of them tested positive for nicotine and cocaine.

Even the mummy of Ramses was examined. Not only were tobacco and cocaine found in his body, but the nicotine was 35x that of an average cigarette smoker.

This means that the once elusive recipe for embalming included not just nicotine, but nicotine from South American tobacco. The idea that Egyptians could trade with an undiscovered continent thousands of miles away was almost inconceivable, but it’s true.

While some archeology purists claimed that all Balabanova’s and subsequent tests were contaminated, the evidence is conclusive. There was no contamination. There was an ancient international drug trade connecting South and North America with Africa and Asia. There is no other explanation.

It’s already been proven that American plants landed on the other side of the Pacific Ocean long before Columbus, including sweet potatoes and peanuts.

There’s a temple in Southern India with a sculpture of a goddess holding an ear of corn. This would suggest the existence of a trade route extending from The Americas to India. So then, why couldn’t tobacco and coca reach Egypt in the same manner? If not by sea, these crops could also have arrived through a land-based trade route.​

When you add to the story the recent discovery of silk in the hair of a Luxor mummy, you begin to see that Egypt engaged with China by sea. At the time, silk was only made in China.​

The majority of our histories have been lost. Many civilizations and inventions have disappeared without a trace. There are multitudes of gaps. It’s only cultural arrogance that fills the gaps with certainty.

Why do modern scholars defend the notion that the only established trade routes were created in the 18th century? Over-confidence and arrogance.

In many things, what has been proven might easily be seen as uncertain. To deeply explore our past and all possibilities, requires an open mind and the release of cultural identities, career-induced masks and old, societal stories.

If we can unshackle the agendas from our determined minds, we can further our understanding of all the mysteries in the Universe, including Atlantis, UFOs, and the ability to travel time. It’s all within our minds and within our reach.