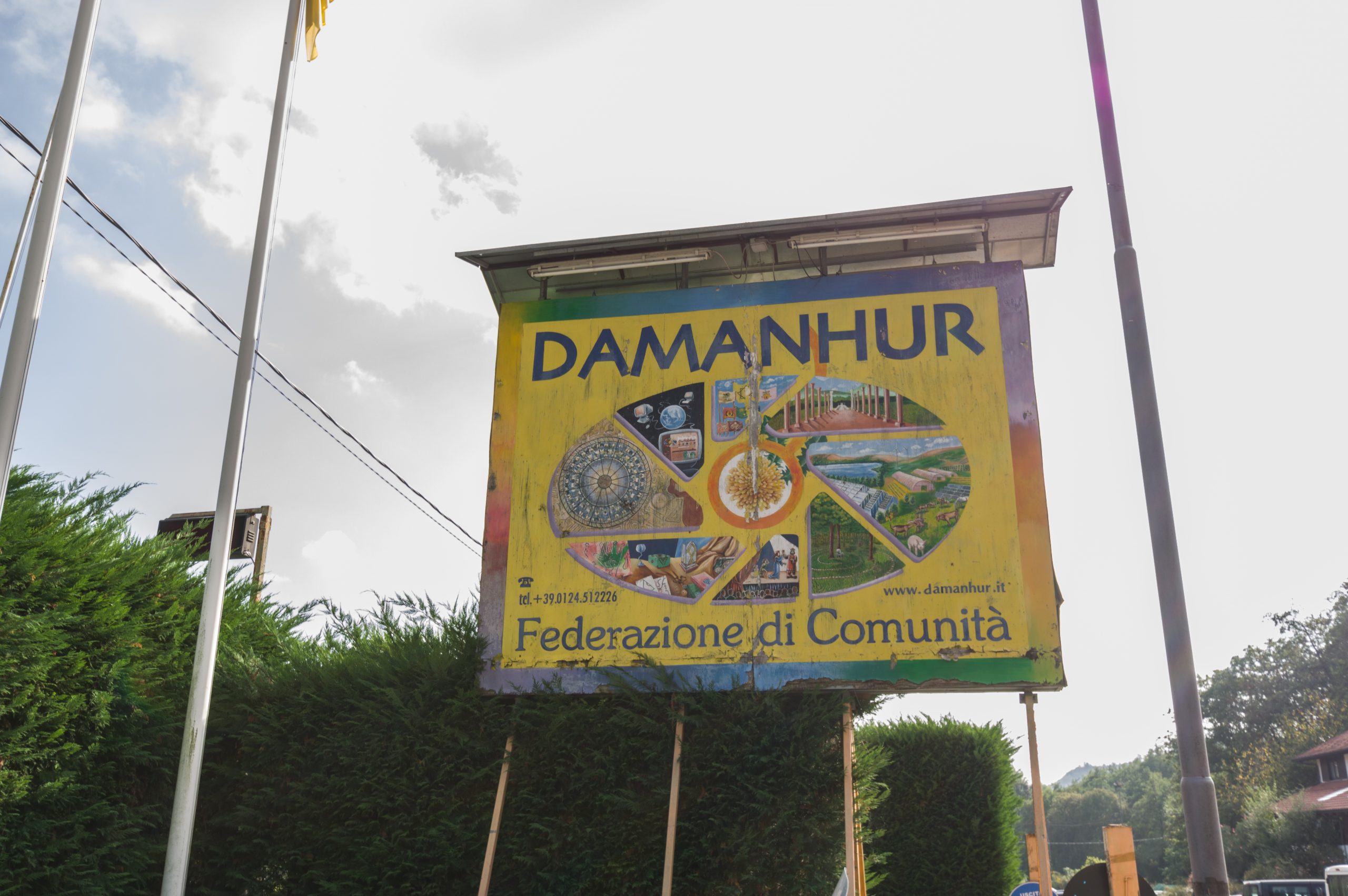 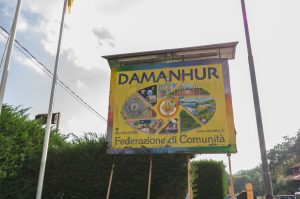 The Beautiful Temple of Damanhur. A Shutterstock Licensed Image.

Born from a vision to establish the next Atlantis, infused with a profound and universal ideology, and remarkable works of art, The Damanhur Temple is quite possibly the 8th wonder of the world. I liken Damanhur to the contrived city of Celebration, FL, the cute, All-American hamlet initially built and owned by The Walt Disney Company, which has since divested most of its control.

The town of Celebration began with a pro-tech, yet 1950s premise, aimed at a specific demographic. Soon enough, designs, architecture, and strategies grew into a master-planned community. It was as if a loaf of white bread was magically transformed into a living, breathing neighborhood, equipped with speedy internet and an ice cream man.

Damanhur began similarly, but with a bit more mystery. They built a massive underground temple in secret over 20 years. Besides the thousands of tourists that visit every year, the community is siloed, if not proprietary.

The Magical Allure Of Temple of Damanhur

The writing on the Damanhur website is alluring. It speaks to my heart, soul, and belief system. I must say, at first glance, I loved it. Here is my favorite excerpt:

“The underlying hypothesis is that life in this universe, in all its manifestations, originates from a single divine matrix. This force is greater than the universe itself, so in order to enter into the world of forms, it had to fraction into many smaller forces. Some of them have a physical form, others do not. In Damanhur, this force is called the Human Primeval Divinity, and all the manifestations of its essence on the subtle or non-material planes, form what is commonly called the spiritual ecosystem.”

The concept of Damanhur, named after an ancient Egyptian city, probably began before 1975, near Turin, Italy. Around that time, the founder, Oberto Airaudi (1950 – 2013), aka Falco Tarassaco, began speaking publicly on the nature of the universe, the paranormal, and naturopathic medicine. From there, Falco created courses on meditation and established a process for spiritual liberation and enlightenment.

Damanhur’s emerging Olami University is focused on the union of the material, spiritual, and technological. It appears to be a noble premise and pursuit.

Regardless of where you live in the world, the organization will provide its courses via their approved instructors, but only upon the creation of a local “Damanhurian” group. Oberto Airaudi and 24 disciples were the first members of Damanhur. In 1978, three years after incorporating, they began building the Temples of Humankind, a secret, underground project aimed at resurrecting the ideology and practices found in the ancient, mythic city of Atlantis.

Initially, the Italian government fought the Damanhurians and threatened to blow the temples to bits, but eventually, they permitted every building, approved all construction, and called the temples, “The 8th Wonder of the World.”

There are currently around 750 souls living at The Federation of Damanhur. They have their own currency, the “credito,” (equal to the Euro), and a sacred language. They welcome new citizens, visitors, and tourists regularly. The leadership structure includes a traditional Senate, who are elected by the community. The Senate appoints a group of spiritual Guides, the highest authority at Damanhur.

(*) Only Class A citizens can use the time machine.

Damanhurians believe that plants can communicate and sing. I do, too. They even developed equipment that allows humans to hear the melodies. You can see one of their videos here. In 1997, the group revealed that they unlocked the secrets of time travel. Damanhurians say that it’s safer to travel deeply into history versus traveling to the recent past, which could adversely change current events. The machine magnifies a person’s psychic energy and somehow allows them to project into a prior or future time and space.

The Damanhur community is dedicated to esoteric research, exploring things at the intersection of artistry, consciousness, spirituality, technology, and the material world.

The Idea Of The Damanhur Cult – An Overreaction?

Damanhur: The Federation of Communities has a unique marketing hook. They’re not only actively researching time travel, but they also say they’re rebuilding Atlantis, collaborating with aliens, and communicating with the eternal consciousness.

For a new-age initiate, this trifecta of ideas is the Holy Grail. It’s pure MDMA. It’s completely intoxicating.
They even have their own rules around marriage, which sound incredibly reasonable. Instead of lifetime contracts, marriage at Damanhur works on the premise of renewal. You and your partner agree to a specific number of years, after which, you renew. Fascinating!

Though it’s hasn’t always been all light, love, and innovation at Damanhur; there are some grumpy, former Damanhurians who say they believe the organization is a cult. There’s even a private support group.

But if someone is unhappy with how they were treated, isn’t it best to learn how you can do better? Wouldn’t it be nice if you apologized? Rather than attack them and build counter-intelligence websites, wouldn’t it be more evolved to be transparent and seek improvement? If you did, I’m sure Atlantis would be proud.

While every great vision has the potential to elevate a population, it’s reasonable that it might also invite consequences and losses. Over time, organizations like Damanhur tend to have growing pains. The best any leader or organization can do is to admit mistakes, seek amends, change the hurtful processes for the betterment of the community, and put sincere effort into healing all of the fractured relationships.

Regardless of the press, hype, or negative chatter, these remarkable people built a beautiful, underground set of temples, unlike anything on planet earth. Imagine the Petra caves in Jordan merged with the Grand Canyon, multiply it by 1000, then add lots of spiritual artwork and positive energy.

The Temples of Humankind were built to awaken the sense of the sacred in all of us. The halls are open to visitors year-round. You can rent one of the temple’s halls for your wedding, or you can wander the labyrinth alone for hours, in pursuit of spiritual, artistic, and personal inspiration. This underground haven is over 4000 cubic meters, based on principles surrounding the ancient legend of Atlantis, and covered with intricate murals.

There are 100s of yards of tunnels and a unique group of giant chambers, including The Hall of Water, The Hall of the Earth, The Hall of the Spheres, The Hall of Metals, The Blue Temple, and the Labyrinth. It’s like a Disney theme park for universal spirituality and dedicated to the advancement of humanity.
The temples became public knowledge when a former member sued to regain the possessions he had given to the community. He revealed that the temples were built over 17 years in secret, and are still under construction. It’s possible that only 15% of the original vision has been constructed.

Initially, they had no building permits, but it was all eventually approved by the Italian government. This spiritual and artistic masterpiece has become one of the most important tourist attractions in the country. To construct the temple there were no architectural plans and no intricate engineering, as all the work was derived from sketches drawn by the founder, Falco.

Every detail of the temples adheres to a precise code. It’s all been created by hand and with tools that were no more advanced than an electric hammer. Throughout the temples, you’ll see mathematical and ancient symbols, generally understood by the initiates who live there. As such, the halls are used for prayer, rituals, community gatherings, and for individual spiritual purposes.

One of the ideas here is for community members to send psychic and prayerful messages to the cosmos, aliens and the eternal consciousness. One goal seems to be centered around communicating the needs of humanity to help our species evolve. Damanhur’s next construction project is The Temple of Peoples, which will be built at the intersection of Synchronic lines, supposedly beneficial for psychic and spiritual alignment. V

I love what the people at Damanhur have created. While it’s not perfect, it’s a remarkable accomplishment. Before you buy something expensive, do your research. If you buy something that puts your financial well-being in jeopardy, get a warranty. If you pay $10,000 for a timeshare in Detroit, own your mistake.

Similarly, if you join a community and award them all of your earthly belongings in exchange for lifelong effort and loyalty, isn’t it you who should bear the brunt of your decision and eventual change of heart? Certainly.
Be clear and informed before diving into complex labyrinths. If you’re not aware of the complexities of a possible experience, take the time you need to make a congruent decision. Choose things that honor all parts of you. As Carl Jung says, in all things, seek your “ideal self.”

Don’t Drink Anybody’s Kool-Aid, Except Your Own.

Head over to Italy and check out Damanhur’s amazing Temples of Humankind. Visit damanhur.org for a deep dive into a fascinating universe.