Deciphering the Order of the Dolphin: A Plan For Alien Contact 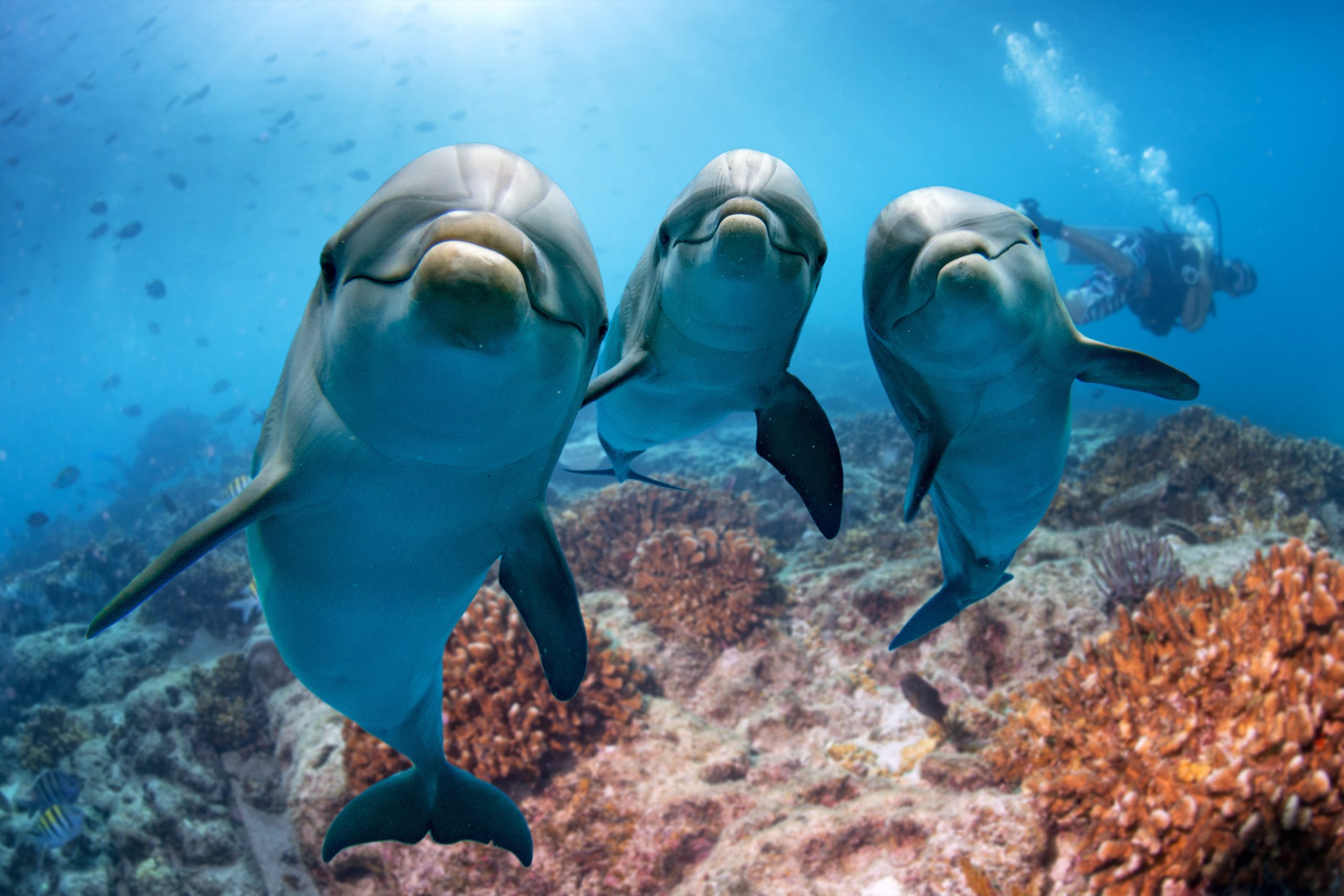 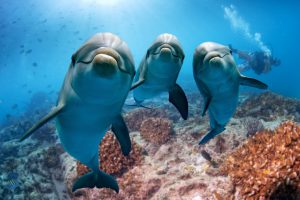 Consider the remarkable characteristics of the brains of bottlenose dolphins, and how similar they are to our brains. While their brain-to-body-weight ratio is second only to humans, at 1600 vs. 1300 grams, their brains are more substantial than ours. This is why John C. Lilly, Frank Drake, Melvin Calvin, Carl Sagan, and ten other scientists formed The Order of the Dolphins in 1961.

Consider the remarkable characteristics of the brains of bottlenose dolphins, and how similar they are to our brains. While their brain-to-body-weight ratio is second only to humans, at 1600 vs. 1300 grams, their brains are more substantial than ours. This is why John C. Lilly, Frank Drake, Melvin Calvin, Carl Sagan, and ten other scientists formed The Order of the Dolphins in 1961.

With Lilly at the helm, this brilliant group of dolphin-lovers and E.T. enthusiasts would soon form the group, S.E.T.I. (Search for Extraterrestrial Intelligence). Their mission, which continues today, is to discover how to find, attract, and talk to aliens.

Believing that dolphins are as sentient and intelligent as humans, S.E.T.I. wanted to learn the dolphin language, and teach English to them. Doing so, they suspected these profound creatures would eventually prepare us for when it came time to decipher alien languages, and communicate with extraterrestrials. According to Lilly, through “dolphinese,” dolphins would one day hold a seat at the U.N. With Lilly at the helm, this brilliant group of dolphin-lovers and E.T. enthusiasts would soon form the group, S.E.T.I. (Search for Extraterrestrial Intelligence). Their mission, which continues today, is to discover how to find, attract, and talk to aliens.

Believing that dolphins are as sentient and intelligent as humans, S.E.T.I. wanted to learn the dolphin language, and teach English to them. Doing so, they suspected these profound creatures would eventually prepare us for when it came time to decipher alien languages, and communicate with extraterrestrials. According to Lilly, through “dolphinese,” dolphins would one day hold a seat at the U.N.

How Dolphins Communicate; Compelling Attributes Of The Bottlenose Dolphin

It’s not just the brain weight and related ratios that make this premise so exciting. Dolphins have a very complex neocortex, densely packed with billions of neurons, almost perfectly aligned with humans. This tells us that dolphins are adept at problem-solving, emoting, social cognition, perception, and the theory of mind, which includes having beliefs, desires, and intentions, with the ability to sense what others are thinking. Also, these beautiful creatures have proven that they grow cultural traditions, which they pass from generation to generation.

Dolphins can understand sentences constructed with elaborate gestures, and they’re adept at pinging underwater keyboards to communicate their desires to humans. Dolphins also have the unique, human-like ability to recognize themselves in mirrors. By all accounts, dolphins are self-aware and should be considered sentient beings. There are 40 species of dolphins.

For years, scientists have explored how dolphins communicate. Initially, they found that cetaceans (dolphins, whales and porpoise) use echolocation to find each other, and specific whistles or “calls” that help them communicate within their species, and with other species. Later findings reveal that each dolphin uses a unique whistle, also called a “signature whistle,” which has helped identify specific dolphins. Many scientists report that hearing dolphins talking in this way is a profound experience.

In the wild oceans, dolphins enjoy home ranges of over 60 square miles. When they are held in captivity by a Sea World or similar organization, they are only permitted to swim throughout an area that is one-ten-thousandth of 1% of what is considered home-like to them. This is why capturing and confining dolphins should be regarded as unethical, possibly evil.

It’s hard to imagine why thousands of dolphins are stabbed to death each year in the Japanese town of Taiji. The residents have been mostly silent since the release of the 2010 Academy Award-winning, Best Documentary, “The Cove,” which used drones to uncover Taiji’s annual dolphin massacres.

For their crimes against this beautiful species, the fishers have still not shared any explanations of substance, other than, “This is the only way our town makes money” and “We’ve been doing this for 400 years, so it’s okay.” No, it’s not, and no, it isn’t. It’s like saying, “Rape, war, and brutal patriarchy have been going on for over 5000 years, so we’re going to keep that going, too.”

If the townspeople could agree on a clear directive, there could be many ways they could improve-upon their economy, and without murdering thousands of dolphins each year. Even the whale statues at the entrance to Taiji seem metaphoric of the town’s values: rusty, old, and decrepit.

Who Was John Lilly?

John Cunningham Lilly (1915 – 2001) was a brilliant scientist, and a highly respected physicist, neuroscientist, psychoanalyst, and writer. He was also the inventor of floatation tanks. Lilly’s work and obsessions were at the epicenter of the 1960s cultural revolution. He worked for opposing groups at the National Institutes of Health (N.I.H.), helping to create dialogues between physical brain scientists and those focused on mental health. courtesy Flip Schulke Archives

Later he would experiment on live, monkey brains, without inducing major trauma or damage to brain tissue.

He and his fellow, counterculture warriors were experts at creating controversy and initiating transformative discussions.

After building countless bridges between several scientific communities, and long after he relished thousands of drug-induced, near-death experiences, Lilly died at age 86 of heart failure.

Lilly’s S.E.T.I. studied how bottlenose dolphins vocalize their desires and needs. At the forefront of this category of exploration, Lilly and his friends established pioneering laboratories in the U.S. Virgin Islands and San Francisco, that analyzed human-dolphin communications across 20 years. He and his team of scientists believed that communicating with dolphins could hold profound, life-changing secrets for human beings, the Earth, and beyond.

A fan of ingesting psychedelics while floating in isolation tanks, Lilly was the inspiration for the Hollywood movies, “The Day of the Dolphin,” and “Altered States.”

Over 300,000 dolphins, whales, and porpoises die annually from being caught in fishing nets. Many, too, are captured and interred in tiny pools for our entertainment. When it comes to protecting and elevating the lives of cetaceans, there is much work to be done.

Several years ago, India officially declared dolphins to be non-human persons, with every right that enables their liberty. As such, the country declared dolphin theme parks to be illegal and required them to be shut down.

In Helsinki, Finland, leading marine scientists like Lori Marino, signed the Declaration of Rights for Cetaceans, stating, “We affirm that all cetaceans as persons have the right to life, liberty, and well-being.” Lori Marino’s work with dolphins, whales, and porpoise has demonstrated that their levels of self-awareness equal or rival that of human beings.

Referring to the personhood of dolphins, Marino said, “We are not alone in being the kinds of animals that reflect upon ourselves and put into perspective who we are.”

Are Dolphins Aliens Themselves?

Lilly and S.E.T.I. leaned on the idea that dolphins could be a highly evolved alien species, introduced to the Earth to help us assimilate to the other species and cultures throughout the galaxy.

Spiritual channelers, seers, and starlight souls, like Nina Brown and Grandma Chandra, believe that cetaceans arrived eons ago from planet Sirius B. This was long before humans arrived and imposed their three-dimensional, duality-based reality.

Some clairsentients believe that cetaceans were brought to our planet to uphold spiritual truths, and to infuse our ecosystems with bright, crystalline light. It appears to be entirely possible that these lovely, highly evolved, intelligent beings are far more expanded than other creatures on Earth.

With the planet consisting of two-thirds water, with only 5% explored, dolphins might be protecting us from realities and dimensions that we are neither prepared to accept, nor equipped to engage.

According to Thomas I. White, a philosopher at Loyola Marymount University, dolphins can monitor and control themselves, and frequently demonstrate a unique, aquatic morality, with clear sets of ethics. There are also hundreds of exciting stories referring to dolphins helping humans. All of this points to dolphins being genuine persons, and potentially more.

If we take this a step further, we might notice that dolphins have less attachment to physical objects. While they are adept at building and nurturing their families and communities, they do not seek to accrue wealth, enact heavy-handed leadership, or establish long-term, hierarchical, social positions. While they have individual personalities and understandings, they seem to have their egos in check.

Some tribal and native cultures see these intuitive creatures as spiritual masters who want us all to embody our true, soul-centered selves. It is in this way that we might consider dolphins and their brothers and sisters to be enlightened beings.

Dolphins and other cetaceans might be inviting us to improve our vibrational frequencies, so that we may achieve ascension beyond our limited self-identities.