Loren McIntyre: The Telepathic Photographer Who Merged With The Eternal Natures Of The Hidden Mayoruna Indian Tribe 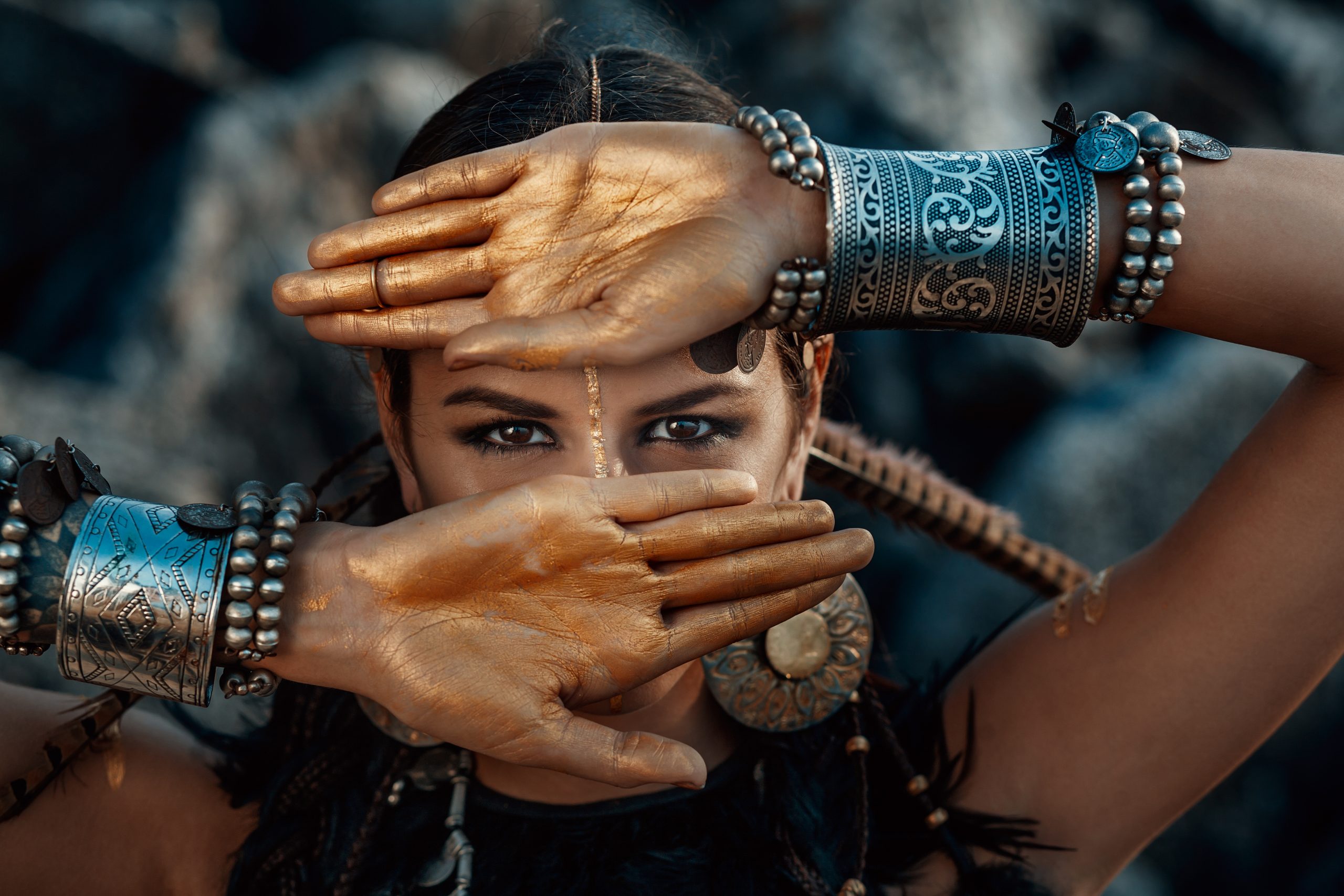 People have been communicating telepathically for thousands of years. This ability to transmit words, emotions, and imagery to another being’s mind is a skillset that every human being and many animals possess. Just like our physical muscles, our telepathic skills can be strengthened. Loren McIntyre, the famous National Geographic photographer, knew this.

Loren McIntyre communicated with an uncontacted Amazon tribe called the Mayoruna, not with words, but with his consciousness. During his two-month-long kidnapping, Loren became an expert telepath and lived to tell the story.

“Our spirituality is a oneness and an interconnectedness with all that lives and breathes, even with all that does not live or breathe.”
– Mudrooroo

Loren McIntyre was born in Seattle, Washington in 1917, and died in 2003 at the age of 86. In his youth, Loren was fascinated by the travels of his heroes. They included African explorers Sir Richard Francis Burton and John Hanning Speke, who hoped to find the source of the Nile. Loren also loved reading about the Galapagos Islands and Brazillian jungles. After graduating from the University of California at Berkeley with a degree in Latin American Culture, he joined the Merchant Marines and served in World War II.

As a soldier, Loren McIntyre visited a host of Asian and South American countries and eventually worked for a US global assistance program in Bolivia and Peru. After years of traveling and taking photographs as an amateur, he was hired by National Geographic in 1966 to present 47 of his most beautiful photographs. This photo-essay on Brazil launched him.

Throughout his career, Loren’s photos and articles appeared in over 500 publications, including Time, Life, Smithsonian, and many others. His first book sold almost a million copies. His titles include “The Incredible Incas and Their Timeless Land,” and “Amazonia.”

Hoping to find the true source of the Amazon River, Loren McIntyre ventured into the Peruvian wild in 1971. At 17,220 feet, and 100 yards across, he discovered a large pond, which was the farthest source of the Amazon ever reported. It’s now named Laguna McIntyre, the river’s true, permanent source. He would have made his heroes proud.

When asked how he found it with such a small team and no technology, he said, “The mountains called to me, and I listened.” Mayoruna native cat people

Before this remarkable expedition, McIntyre was temporarily kidnapped by the Mayoruna natives, sometimes referred to as the Cat People due to the distinct nose piercings worn by the women. The year was 1969. Living on a small branch of the Amazon River, this wandering tribe had long been protected by a massive forest canopy, and never contacted by modern society. The only reports had been from a handful of missionaries, bandits, and adventurers, who were able to see them, but did not contact them.

When the Mayoruna approached McIntyre deep in the forest, he gave them presents of cloth and mirrors, which they happily accepted. When he noticed that their jewelry was mostly made of human skin and bones, he became nervous. When handed a skull as a drinking cup, he nearly fell into shock. Without a common language, McIntyre knew he was embarking on a journey of a lifetime, one that he might not survive.

“They were two people staring at each other knowingly, communicating psychically amidst an ocean of deaf, dumb and blind meatsacks.”
― Travis Luedke

Although there was a feeling of connection with the tribe, he was clearly being held captive. And not every tribesman sought his friendship. Regardless, he complied with his masters and followed them through the jungle. During this two-month captivity, McIntyre lost confidence, clothing, his camera and a coveted roll of film. He also lost his connection to the outside world.

Early in this unexpected and dangerous adventure, McIntyre was conscious of the fact that he was communicating telepathically with the tribe’s leader. He also became aware of a constant background noise, which he termed, “beaming.” He would come to realize that the beaming was the tribe’s collective mental chatter, infused with both their spoken words and their thoughts.

After his daring and dangerous escape on a raft made of fragile, balsa wood, McIntyre explained that he and the tribe were on a profound, spiritual expedition.

This journey would connect them all with the birth of spacetime. The pursuit led the tribe to the beginning of linear time, far outside the parameters of what members of modern society could ever understand.

During his travels, McIntyre had wondrous encounters with over 30 native tribes, even meeting with the Mayoruna once again in the late 1970s.

When reflecting on his journeys, McIntyre defended his Mayoruna experience as a series of events that cannot be appropriately explained solely with words. His experiences of reaching the mythical beginning of reality, performing tribal rituals, and greeting the dawn of time, shook him to his core. Out of a combination of fear of criticism from his scientifically materialist-minded colleagues and sheer bewilderment, he was unable to discuss the experience for years. He would never be the same.

Eventually, McIntyre co-wrote and co-produced the IMAX film, “Amazon,” with his Romanian partner Petru Popescu, which became a 1997 Academy Award nominee for Best Documentary Short. It was based on Popescu’s book entitled, “Amazon Beaming.” The book and film follow McIntyre along his harrowing journeys and inward explorations, as he pursued and achieved spiritual freedom.

While telepathy is a term coined by Fredrick W.H. Myers in the 1800s, it is the true way of connecting with other beings. Words often force us into our preconceived paradigms and limiting, temporary matrices, which are symptoms of human sickness.

As we wander and obsess within our personal mind-constructs, we dream of fanciful, fabricated realities. All the while, we remain in subjective relativity, and in total avoidance of the here and now. We are imprisoned, and yet we laugh at the ancient language of streaming, conscious connection.

The Aboriginals are one of the oldest Peoples on our planet. They dream-walk in the here and now. They are the original warriors and adventurers, who never doubt that our minds and physical realities are constructs drenched in metaphors and hallucinations. Our modern experience is akin to drug addiction, the healing for which will evade us for years to come.

We are the embodiment of consciousness and we are the connection; therefore, we can always connect. Given all of our self-obsessions, we have become the sole blockade to our individual and collective freedoms. Only we can free ourselves.

Can We Relate With Rituals Involving Eternal Time & True Reality?

Given all the illusions that we’ve empowered modern society to birth, it’s become difficult for us to release our obsessions and attachments. We have become unable to build lasting rapport with the spacetime continuum and the related, flowing rivers of connected consciousness. We are at sea and without a durable boat.

With our God-constructs, invisible friends, selfie-addictions, collective narcissism, and fascinations with control, we align ourselves with remote islands. It’s only by relinquishing our attachments to society-created narratives that we can begin to immerse ourselves in the eternal flows of spacetime and consciousness.

While we can begin with meditation and mantras, we may not have the discipline to cross the long bridge back to ourselves.

In McIntyre’s journey, he merged with the eternal and formed a bond with the river of spacetime energy. Within that construct, he connected with other living Beings. Your executable version of Mayoruna telepathy is within your reach.

We all have the same capacities and capabilities. When we reach a certain level of consciousness-expansion, we become beacons of light and love. It’s within our grasps to merge with the Eternal and the Divine. The primary obstacles are our beliefs related to the notion that our physical realities are the end of the line. They are not. They are the beginning, and they’re only a suggestion.