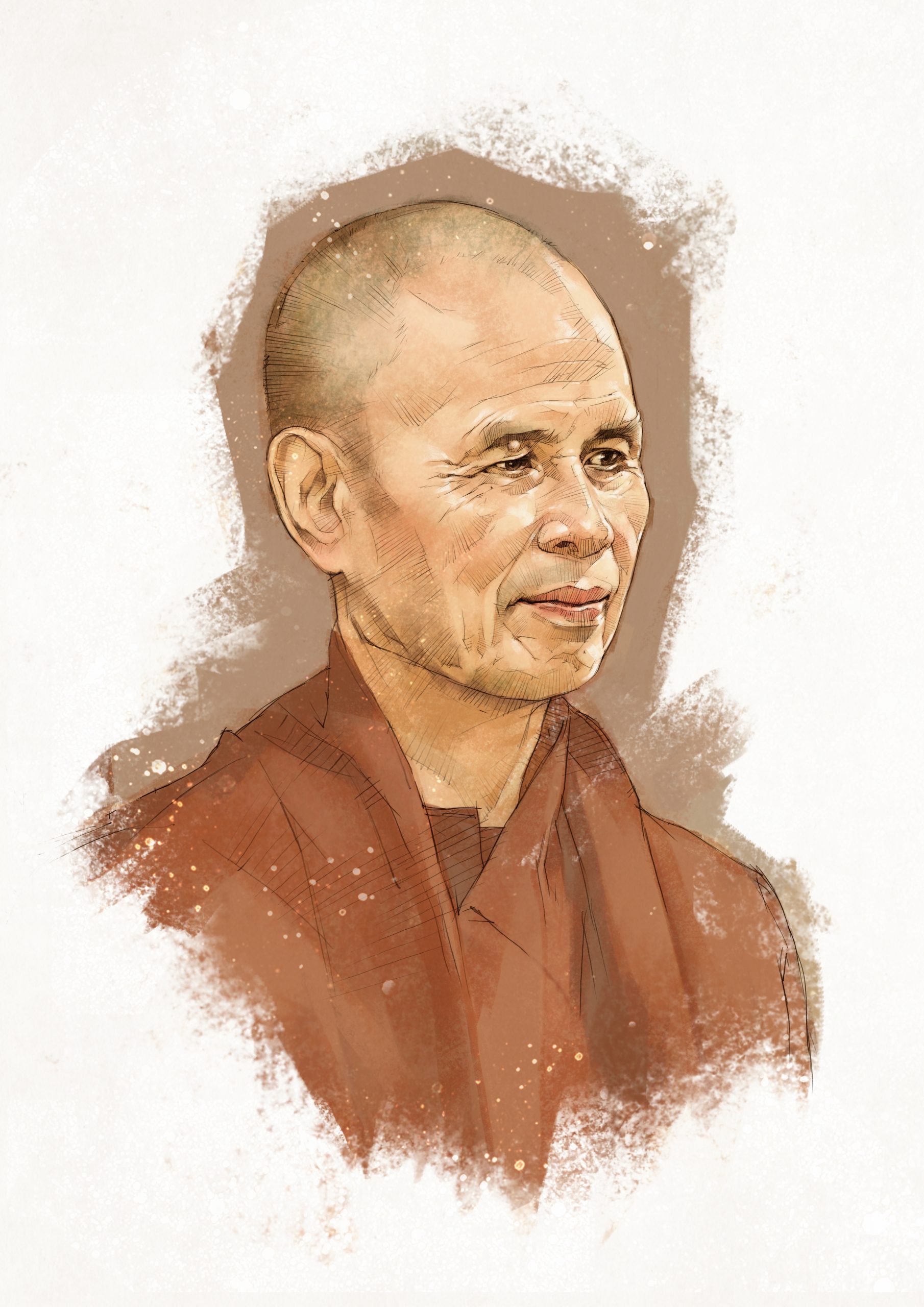 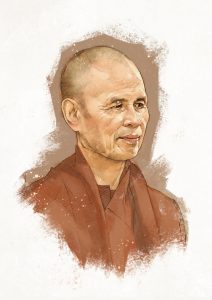 Thich Nhat Hanh – such a beautiful human being. A Shutterstock Licensed Image.

Known as “Thay” in the western hemisphere, Thich Nhat Hanh is a poet, scholar, Zen Master, and lovely human being. He is also the father of “Engaged Buddhism,” a movement that brings together practical Buddhist wisdom, social activism, and mindfulness.

Thay is a global phenomenon and a gentle, inspirational friend to all. His tireless efforts as a teacher of Buddhadharma have alleviated the pain and suffering of millions of people across the globe. His beautiful lectures, meditations, and bestselling books have inspired countless followers to seek the light within, and find peace.

Thay was born as Nguyen Xuan Bao, in the city of Quang Ngai, Vietnam, in 1926. By age 16, he was a novice monk at Từ Hiếu Temple, in Hue City, which is where he was given his name, Thich Nhat Hanh. Thay was the first monk to be seen regularly riding a bicycle in public and one of a handful of monks who saw serving humanity to be a form of meditation.

“There Is No Way To Happiness. Happiness Is The Way.”
— Thich Nhat Hanh

To Thay, everything is a meditation: eating, walking, seeing, speaking, breathing, and relating. With each step and each breath, we can either inch away from the depth of ourselves or be fully present to our peacefulness. In every moment, we have an opportunity to decide the fate of the next.

Thich Nhat Hanh has been continually involved in the peace and nonviolence movements since his early days at Từ Hiếu. He believes veganism is vital to saving the planet and that nonviolence toward animals will inspire a more profound peace and improve the natures of our souls.

“Fear keeps us focused on the past or worried about the future. If we can acknowledge our fear, we can realize that right now we are okay. Right now, today, we are still alive, and our bodies are working marvelously. Our eyes can still see the beautiful sky. Our ears can still hear the voices of our loved ones.”
— Thich Nhat Hanh

Thay founded a lovely, Buddhist community known as “Sweet Potato” near Paris in the 1970s, shortly after he left Vietnam. In 1982, it was time to expand into Plum Village, which began as a small, rustic farm and developed into what is now the largest Buddhist monastery in Europe.​

The official name of the monastery is Plum Village Community of Engaged Buddhism. It’s here that Thich Nhat Hanh established his monastic order, which consists of around 600 monks and nuns in 9 monasteries across the globe. The Thich Nhat Hanh Foundation is the charitable arm of Plum Village.

Thousands of Buddhists and other visitors journey to Plum Village every year, where each is nourished by the hundreds of resident monks and nuns who practice and teach Buddhism for the benefit of humankind.

The primary purpose of this lovely community is to live mindfully throughout every activity. This includes eating, walking, working, relating, laughing, or sharing a cup of tea with fellow visitors from other countries.

The monastery’s environment is peaceful and nourishing. In addition to serving the global, monastic Buddhist community, PlumVillage.org states that they hold many programs and retreats for laypeople, teenagers, veterans, the entertainment industry, members of Congress, law enforcement agencies, and people of color.
All meals are vegetarian and delicious.

“When You Touch One Thing With Deep Awareness, You Touch Everything.”
— Thich Nhat Hanh

Thay was very busy in his youth, which continued throughout his life. In the early 1960s, he founded Lá Bối Press, Van Hanh Buddhist University, The Order of Interbeing (Tiep Hien Order), The Unified Buddhist Church, and the School of Youth for Social Service. The latter provided immeasurable value to Vietnam by sending young Buddhist workers to rural areas to build schools and clinics, and to help rebuild infrastructure in towns and villages.

In 1966, he became a Dharmacharya, or “one who becomes the dharma,” from Zen Master Chân Thật. He became the head of The Từ Hiếu Pagoda and a long list of monasteries. Later, he would chair the Vietnamese Buddhist Peace Delegation.​

Thich Nhat Hanh has a long list of celebrity and religious followers, including Martin Luther King and Thomas Merton. After nominating Thay for a Nobel Peace Prize, King said, “I do not personally know of anyone more worthy of this prize.”

When Thay visited the United States to inspire efforts toward peace in Vietnam, both North and South Vietnam denied him entry. This exile lasted 39 years. The CIA labeled Thay a political dissident. By all accounts, Thay was an unrelenting and powerful force during these years. He led the Buddhist delegation to the Paris Peace Talks in 1969.

His monasteries and Dharma centers include:

More recently, Thich Nhat Hanh founded “Wake Up”, a global movement of young people training in mindfulness, and related education centers in Europe, America, and Asia, known as “Wake Up Schools,” where teachers are trained to teach mindfulness.

Thay has been invited to teach at some of the most prestigious companies and organizations in the world, including Google, The World Bank, and The Harvard School of Medicine.​

​In addition to his native tongue of Vietnamese, Thay is fluent in English, Chinese, French, Sanskrit, Pali, and Japanese.

Thay’s sweet and touching sentiments penetrate every heart who hears them. Enjoy these simple, yet profound thoughts from Zen Master Thich Nhat Hanh:

“Every breath we take, every step we make, can be filled with peace, joy, and serenity.”

Thay wrote over 100 books on mindfulness, peace, fear, death, communication, and Buddhism. Over 70% of his books are written in English. Here is a sampling from his authored works:

Living And Dying In Peace

In 2014, Thay suffered a severe stroke which left him paralyzed on his right side, and without the ability to speak. Fortunately, he can write, and often uses hand, head, and body gestures to answer questions.

In 2017, Thay was given an honorary doctorate from The Education University of Hong Kong for his “life-long contributions to the promotion of mindfulness, peace, and happiness across the world.”

In November 2018, Thay returned to the Vietnam temple where his initiation into monkhood took place, Từ Hiếu. Imagine those early days when the young Thay eagerly learned about meditation, mindfulness, and Buddhadharma from his Zen Master, Thanh Quý Chân Thật. Thay has chosen to spend his remaining days here.

​Throughout the years, media outlets have called Thich Nhat Hanh, “The Father of Mindfulness,” “The Other Dalai Lama” and “The Zen Master Who Fills Stadiums.” Martin Luther King Jr. said Thay was, “an apostle of peace and nonviolence.”