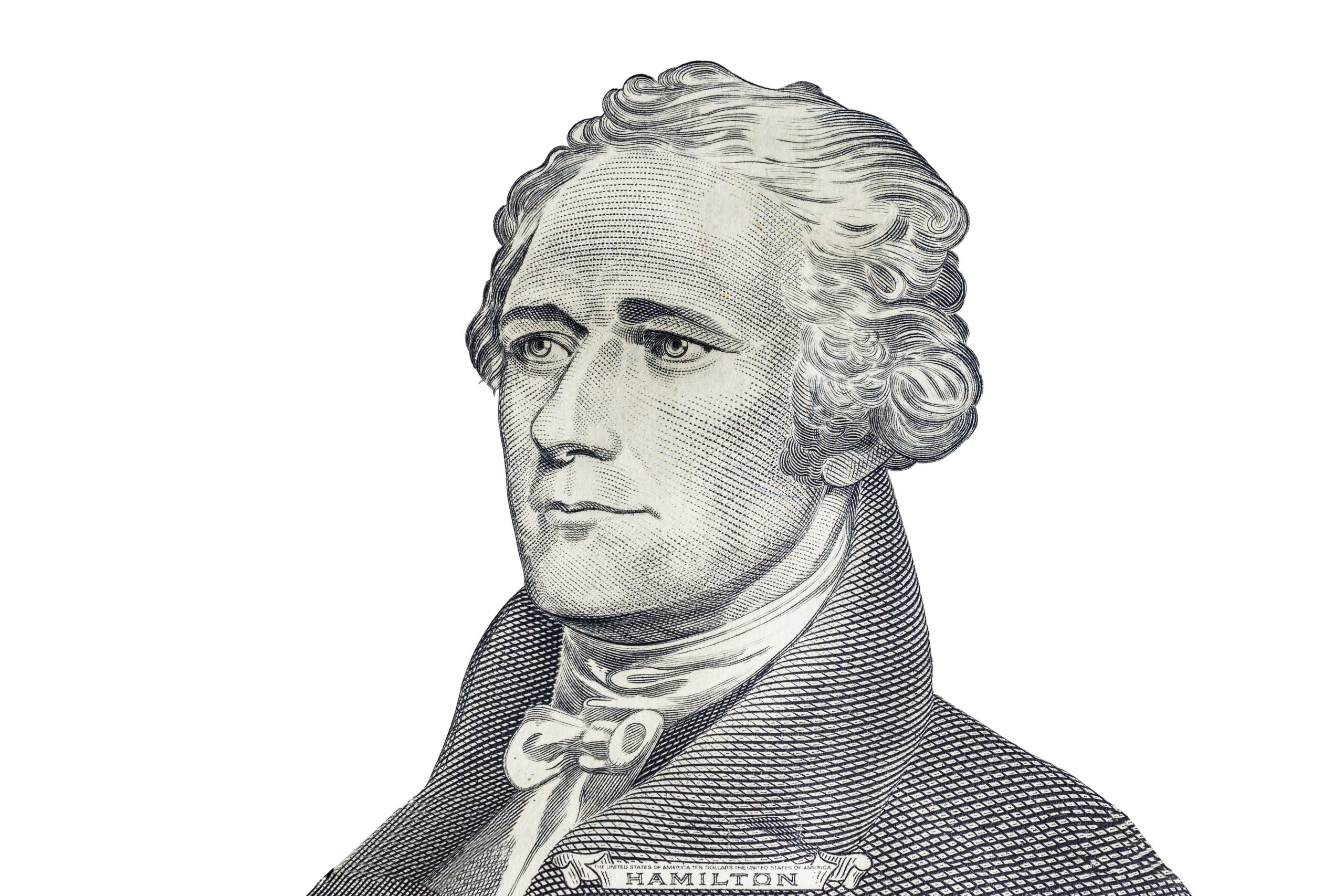 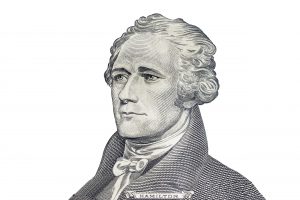 Alexander Hamilton was obsessed with using debt to grow – just like most Americans. A Shutterstock Licensed Image.

While starting a nation is a huge undertaking, our nation’s founders were a little hasty. The real Alexander Hamilton would have hated today’s Federal Reserve. Jefferson, too.

After seeing Hamilton in several cities, including on Broadway in its early days, I continue to be insanely obsessed with the play’s story and music. I love every nuance, character, and song. I adore the portrayal of Hamilton’s unrelenting drive to succeed. I love the images my mind conjures related to how he overcame oppression.

With every whack, tap, lyric, beat, and swipe, I feel inspired to be young, scrappy, and hungry. And while I’ve certainly jeopardized an opportunity or two, I’ve never thrown away my shot. I relate with Hamilton on every level.

When it comes to Hamilton, I’m an obsessed super-fan.

I listen to the Hamilton soundtrack a few times per week. This helps me remember the play’s tableaus and themes, like: the thrills of a seemingly justified war, a bold and defiant patriotism, the pains of self-discovery, and the emotional journeys born from crushing disappointment and death.

But something has been bugging me, and it’s not the price of the tickets.

When Hamilton rose to power in the colonial United States, British-Americans had fragile self-identities. They saw themselves as caught between two divorcing, alcoholic parents. For years, most Americans struggled with their perspective on the scuffles and impending war. A farmer might go to bed a fervent patriot and wake-up a loyal, defender of the crown.

In the midst of all the mayhem, people had to work 3X harder in America than they did back home. While there was more opportunity in the states, not every promise turned to gold, and there was a lot of crime. More than ever, you had to know who your friends were, and no matter where you wandered, you were always worried about your family’s safety.

In Hamilton’s first act, theater-goers enjoy “My Shot,” which brings to life the newly emerging idea that America can be much more than it is. It’s a powerful song filled with hope, aggression, and dangerous ideas, fueled by a massive ego. This is where the play “Hamilton” and the real Alexander Hamilton part ways.

While it’s tough to fit every tidbit and theme into a biographical story, the play leaves out the aftermath of Hamilton’s vision – the greed, politics, maneuvering, cheating, stealing, and outright insanity of how the Federal Reserve came to be.

During his life, and in the years that have since followed, almost everyone has misquoted and misrepresented Hamilton’s ideology. Check out this quote from Alexander, which is often cut-off after the first sentence:

“The proper funding of the present debt, will render it a national blessing. The creation of debt should always be accompanied with the means of extinguishment.” — Alexander Hamilton

Every patriot, including all the Presidents, Senators, Congressmen, Congresswomen and state representatives that followed Washington and the founding Fathers and Mothers, began to depend on this newly fangled idea that “debt creates security and wealth.” This could not be farther from the truth.

While the musical immortalizes Hamilton’s brilliant financial and banking scheme, the reality is that debt inspires dependencies and secret, exclusive systems that oppress. In addition to the most conservative Republican politicians, the most liberal and conscious leaders of today have ideologies that are not in balance.

In an ideal federal debt system, there would be a conscious, non-salaried, non-incentivized, board of directors who were somehow forced to make decisions that would nurture all factions of society, not just the wealthy, and not solely the poor.

In the case of the United States, the saddest aspect of our system is that most people in power expect to be paid first, which has resulted in the faulty trickle-down system in place today. By the time Hamilton created The First Bank of the United States, greed had already dismantled his original ideology and turned it into a hierarchical system of debt as the oppressor.

Hamilton is powerful, but it skimps on the levels of eternal greed born from Hamilton’s ideology.

Fast-forward to today, and it appears we’re in trouble.

During the Revolutionary War, the emerging United States was accruing huge debt. Including foreign, domestic, and the newly acquired state debts, the United States owed $80 million, mostly born from the upkeep of the Continental Army.

While he was clearly defiant against the Royal Family’s history of control of the colonies, when he became the first Secretary of The U.S. Treasury, Hamilton created a kingly position for himself. For a time, he had exclusive management of the U.S. government’s finances.

“No one really knows how the game is played. The art of the trade, how the sausage gets made. We just assume that it happens, but no one else is in The room where it happens.” — Aaron Burr in Hamilton

Acting quickly, and getting more than he gave, Hamilton negotiated for the establishment of the “Bank of the United States,” which included the promised plan to expand the U.S. government’s fiscal and monetary power, and the creation of a federal mint, along with a drastic increase in excise taxes. While it appeared that all states would greatly benefit, this new system initiated the north-south divide that would eventually lead to civil war.

At the time, the astute representative from Massachusetts, Fisher Ames, claimed, “A debt-compelling government is no remedy to men who have lands and negroes, and debts and luxury.” Somehow Ames was able to see the dangers in unchecked debt.

Hamilton had substantial opposition in his quest, including James Madison and Thomas Jefferson. Jefferson argued that the enumerated powers of the federal constitution did not permit the creation of such extraordinary debt, especially absorbing every state’s debt (without limits,) or the creation of a federal bank.

“This financial plan is an outrageous demand, and it’s too many damn pages for any man to understand … Stand with me in the land of the free. Look, when Britain taxed our tea, we got frisky. Imagine what gonna happen when you try to tax our whiskey.” —  The character of Thomas Jefferson in Hamilton

Jefferson wrote passionately to Washington stating that this type of bank “represented a boundless field of power and constitutional overreach.”

While we might never know what would have occurred had the U.S. continued to solely borrow money from other countries, today’s trends in government and personal debt, financing and fiscal responsibility are not looking very positive.

Given all the hooplah over the remarkable musical, “Hamilton,” the play’s program should come with a mandatory debt-management class immediately following the show.