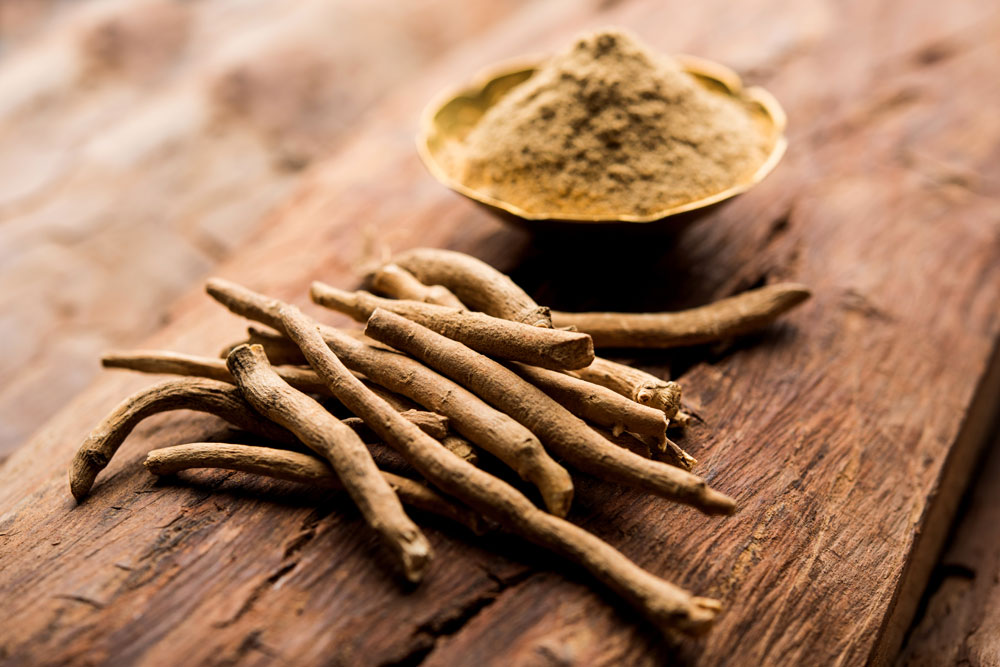 Withania somnifera, otherwise known as ashwagandha, is an evergreen shrub originating in India, parts of Africa, and the Middle East. Its roots and fruits are highly revered and often used in Ayurvedic medicine, one of the oldest holistic medicinal approaches in the world.

This ancient medicinal herb has found its way into modern-day uses as well thanks to its whole body healing properties. Easily found in supplement form at your local grocery store, ashwagandha is probably best known for its ability to relieve stress.

But Ashwagandha has plenty of other uses, too! Over recent years, this herb has been seeing an increase in popularity across Western medicine, all due to its effectiveness.

So why should you include it in your daily, self-care regime?

It is also believed to assist in preventing pain signals from traversing the central nervous system, meaning that overall pain is also reduced.

Ashwagandha’s has the remarkable ability to reduce inflammation, yet it plays a much larger role than just aiding with arthritic pain.

Ashwagandha can decrease c-reactive proteins (CRP) in your blood, a common inflammation marker. CRP is a protein created in the liver and released into the bloodstream as a response to inflammation. Increased levels lead to swelling, pain, and all those other uncomfortable symptoms that come with it.

This medicinal herb has also made notable results toward the improvement of immune cells called natural killer (NK) cells. These NK cells are a type of lymphocyte (white blood cell) and part of the innate immune system important for rejecting virus-infected cells and tumors. By increasing the number of these NK cells, ashwagandha assists your immune system in fighting illness.

That’s right, adding ashwagandha to your life might help you get fit and drop some extra pounds!

After 8 weeks of administering a root extract, participants saw their speed and muscle strength increase by almost 10%, in comparison to the placebo group.

Another 30-day study saw a significant increase in muscle activity and more than doubled their body fat reduction percentage.

Give your little swimmers a fighting chance!

The use of ashwagandha resulted in higher sperm counts and increased sperm mobility during the course of one infertility study of men. It also leads to higher testosterone levels, a key component of a healthy reproductive system in men.

Not only that, but the herb can increase the quality of sperm over time. One 3-month study saw a 14% rise in partner pregnancy after introducing ashwagandha supplements!

The herb has been used to induce apoptosis (cell death) in cancerous cells, (just like garlic!). By reducing the cells’ ability to resist this death stage, it can slow or stop the spread of cancer.

While human studies are still ongoing, research conducted on mice with ovarian tumors found that ashwagandha not only prevented the cancer’s spread to other vital organs but also resulted in a 70-80% reduction in tumor growth. And this occurred whether the herb was provided as the only treatment or in conjunction with other cancer medications!

Ashwagandha helps protect us from failing memory and general brain function degradation. It’s given to patients in traditional Ayurveda who need to boost their memory. Why does it have this effect?

Free radicals are molecules that are harmful to the body in large numbers. Damage they cause leads to a variety of degenerative diseases and issues such as cancer, asthma, senile dementia, atherosclerosis, degenerative eye disease, and more. Our bodies naturally produce antioxidants which target these free radicals and destroy them.

Ashwagandha have been proven to promote antioxidant activity, meaning free radicals have a much more difficult time attacking our bodies and we stay healthier.

One study conducted over 2 months with 50 adult participants gave 300 mg of ashwagandha to one group and a placebo to the second. After receiving this dose twice a day for the duration of the study, the group consuming ashwagandha showed significant improvement to attention, general memory, and even task performance.

Performance, choice discrimination, and reaction time was also improved by adding ashwagandha supplements into the daily routine in another study. Twenty healthy adult men were given 250 mg of this herbal extract twice a day (so 500 mg total per day) over the course of 2 weeks. The improvements were observed through testing, both before the program started and after the study was finished.

When compared to patients who received placebo pills, those who took ashwagandha supplements saw a lower average fasting blood sugar level. The study involved schizophrenic patients over the course of 4 weeks.

Of all ashwagandha’s healing abilities, it’s probably best known for its efficacy for reducing a person’s stress and anxiety. Animal studies found that it regulated chemical signaling in the nervous system, in turn blocking stress pathways to the brain.

It can also alleviate symptoms of both acute and chronic stress and anxiety.

Insomnia (a common stress and anxiety side effect) and anxiety were reduced by 69% for chronic stress patients who took an ashwagandha supplement. And after only 60 days! The placebo group, for comparison, only saw an 11% reduction in the same amount of time.

This healing herb is also a good option for improving stress and anxiety because it can lower your cortisol levels. Cortisol is released from your adrenal glands in response to stress. If those levels become inflated (or even stay that way because of chronic stress), you can also start to see other side effects such as more fat collecting in your abdomen and increased blood sugar levels.

After just 60 days another research group of adults diagnosed with chronic stress lowered their cortisol levels by an average of 30%.

So by adding this herb to your daily routine, it can not only combat the toxic cortisol levels but also promotes regulated chemical signaling for the nervous system.

Like many other traditional Ayurvedic herbs, ashwagandha has seen an increase in popularity among western medicine in recent years. It improves a variety of body-wide functions, like boosting your immune system and memory, while reducing stress and anxiety levels.

Just make sure that while you’re keeping your body healthy, you keep your mind and spirit healthy too!

Daily meditation and prayer can also uplevel your vibrations and help you feel at the top of your game. Use these free rituals, mantras, prayers, and more to awaken yourself and become more in tune with the world and universe around you.

Start empowering yourself now and feel a lifetime of change as you shift your reality for the better!

Remember that you are the embodiment of light and love! Seek forgiveness of everything, own your power, set boundaries, stand strong in the face of challenges, and remain drenched in gratitude!