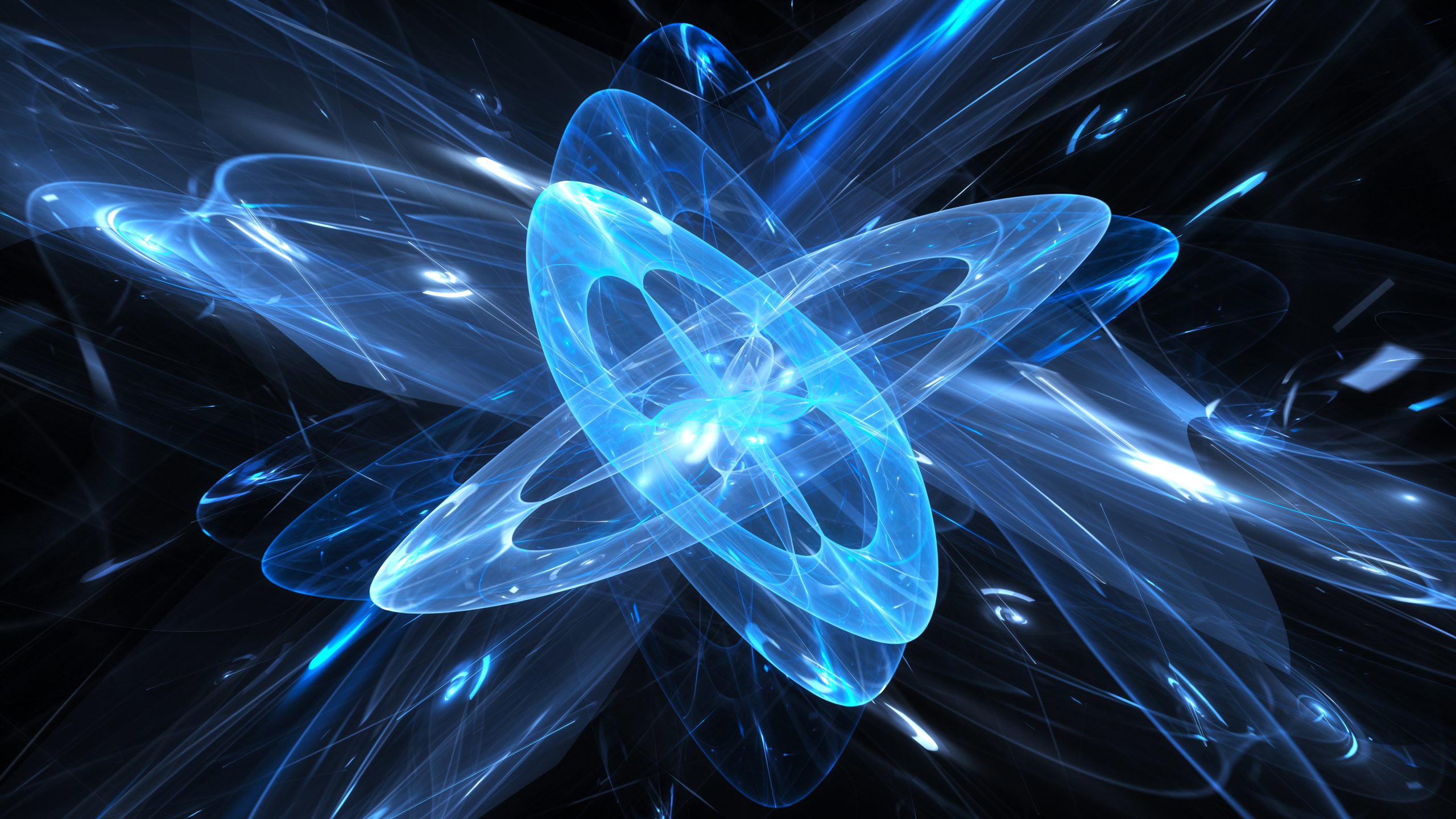 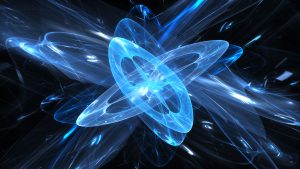 Before Einstein created his unique theorems on relativity, deflating Newton’s theories on gravity, Nikola Tesla posited the idea that electricity and energy were responsible for almost all cosmic phenomena. Tesla saw energy and electricity as an “incompressible fluid” of a constant quantity that could neither be destroyed nor created.

“If You Want To Find The Secrets Of The Universe,
Think In Terms Of Energy, Frequency, And Vibration.”
— Nikola Tesla

What Did Einstein Conclude?

Consider what happens when you lift your knees when under a blanket. It warps the blanket. You can see that your knees (a mass) created a bend or cavity. This warp structure (bend, cavity) is gravity.
There’s much more to it, but this gives us a foundation to help us understand the beauty and challenges behind The Electric Universe Theory.

Most of us wander around our lovely planet never fully understanding how atoms, electrons, matter, and energy function. It’s not because we’re not interested, it’s because it’s complicated, and a bit intimidating. No wonder, the processes that create and support life are nothing short of miracles.

To better understand the Electric Universe Theory, let’s kick things off with a few definitions:

An atom is the basic unit of a chemical element. They’re made up of tiny subatomic particles, including protons, neutrons, and electrons. Atoms are surrounded by one or more negative electrons. Electrons are a bit like non-committal partners; they can be easily separated from their host atoms. When electrons are emitted, all sorts of things can happen. For example, the Aurora Borealis (Northern Lights) is born from these types of currents, forming multi-colored sheets to burst across the sky. These bursts and sheets are forms of plasma filaments.

Click here to book your live session with Paul Wagner

Plasma is the most common of the four fundamental states of matter. The other big players are solids, liquids, and gases. Plasma is formed when ionized gasses become electrically conductive, meaning that electrical current (electricity) can flow through them. Fire and lightning are forms of plasma.

It’s in this way that stars and galaxies get their power. Currents flow into stars and power them like light bulbs. They can also induce the births of planets. You can see the remnants of these energy infusions in the forms of craters throughout our galaxy.

As charged particles move around and throughout plasma, rings of magnetic fields can form around the electric current. This is called a plasma filament. Interconnected and perfectly woven, these filaments stretch across billions and billions of light years, creating the silent equilibrium inherent in the physical universe. When current flows through plasma filaments, it generates colorful tendrils of light.
This is where Nikola Tesla (1856 – 1943) comes in. He invented the plasma ball when experimenting with electric currents in vacuum tubes. As such, many refer to the center ball as a “Tesla Coil.”

Tesla believed that electricity powered the universe, and could power our physical and eternal realities.

On July 11, 1935, the NY Times quoted Tesla, “The relativity theory…is much older than its present proponents. It was advanced over 200 years ago by my illustrious countryman Boskovic, the great philosopher, who, not withstanding other and multifold obligations, wrote a thousand volumes … on a vast variety of subjects. Boskovic dealt with relativity, including the so-called time-space continuum.”
Tesla went on to say this about Einstein’s theories: “…magnificent mathematical garb which fascinates, dazzles and makes people blind to the underlying errors. The theory is like a beggar clothed in purple whom ignorant people take for a king … its exponents are brilliant men, but they are metaphysicists, not scientists….”

What Is The Electric Universe Theory?

The Electric Universe Theory (EU) generally states that electricity is the engine behind a long list of natural and astrophysical spectacles. It supports the idea that electricity powers the Sun and stars, and that cosmic occurrences are electrical in nature.

The theory also suggests that the universe is a vast, electric organism, chock full of yet-to-be-discovered masses, holes, relationships, and phenomena. EU advocates believe that we are at the beginning of exploring the possibilities around the concept.​

Since the first pamphlet was distributed in 1983, there have been many papers, books, and theses published on The Electric Universe theory.​​

While some of the tenets of the theory appear to be difficult to prove, the idea that there is electricity throughout the Universe and within every animal, plant, and everywhere else we find plasma, is undeniable.​

From subterranean electricity, known as Telluric currents, to Atmospheric electricity (for example, meteors), and from extraterrestrial (or cosmic electricity) to electrostatic phenomena, electric currents are visible and/or audible. All of these things result from the interaction between electrical currents, filaments, atmospheres, and formations of matter.

The EU has been proven, disproven, celebrated, and dismissed throughout the last 125 years, and since Tesla disappeared from planet Earth.

“We live in an electronic world. Our cities are visible from space at night, blazing with electric lights. The electricity courses invisibly in the darkness over great distances along thin power lines. We find electricity indispensable. Nature does the same since all matter is electrical. Astronomy is stuck in the gas-light era, unable to see that stars are simply electric lights strung along invisible cosmic power lines that are detectable by their magnetic fields and radio noise.”
— Wallace Thornhill

Support For The Electric Universe Model

While there are many variations to the Electric Universe model, supporters of the theory tend to believe that the cosmology and phenomena found throughout the universe is driven by electricity, rather than gravity. This idea has many fans and even more enemies.​
Immanuel Velikovsky (1985-1979) influenced and empowered the EU movement with his ideas around how the universe rearranges itself via electrical interactions.​​

The Plasma Universe is a concept and theorem established by Nobel Laureate, Hannes Alfvén, known as the father of plasma physics and plasma cosmology. Alfvén believed that the visible universe is almost 100% plasma and his theory is often considered a companion to EU theory. Alfvén knew the interstellar and intergalactic network of planets, meteors, suns, moons, and stars are all plasma.​​

Click to get The Personality Cards from Paul Wagner

The EU community, sometimes referring to themselves as The Thunderbolts Project, has a long list of social media channels and voices, including, Wallace Thornhill and David Talbott at the helm of the EU experience. While he truth around the Electric Universe Theory might never be accepted or proven, it will never be eradicated.​​

Even though there is fair and considerable pushback against the tenets within the EU theory, it might need more time to mature. We also might consider that there might be limits to Einstein’s research and applied technologies.​​

I think it’s important to consider that just because a theory is globally accepted or that current scientific procedures support them, it does not mean they are 100% correct. It might be that there are nuances in every theory that are yet to be proven, for a variety of reasons.

Putting It All Together

At 14 billion years old, the universe is still unfolding and expanding. Assuming that today’s theories are precise and comprehensive is a mistake. The full scope of the universe’s elements and truths has yet to be revealed. At the very least, we must remain open to new, potentially remarkable possibilities.​
The biggest roadblock in the pursuit of life-enhancing technologies and disproving (or proving) the Electric Universe theories might be that today’s scientists are more concerned with algorithms than experiments. It’s important to keep in mind that equations do not create or prove realities; they propose and support imaginary ones.​​

Also relevant, governments and iconic business people have always been nervous around innovation and they’ve stifled it for the darkest of reasons:

Regardless of its limitations and imperfections, Tesla’s work and the suppositions surrounding The Electric Universe are compelling and can potentially lead to profound shifts in our thinking and forthcoming technological advances. Given these ideas, we might reframe Einstein’s theories on Special Relativity by saying, “E = mc2 is relatively true, for now.”