Were Elephants Engineered as Living Metaphors of Grace and Patience 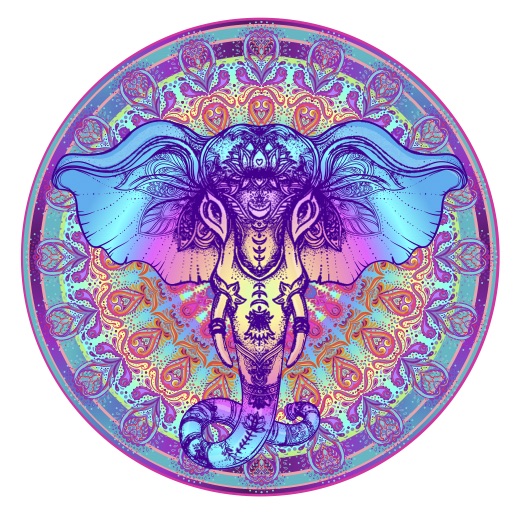 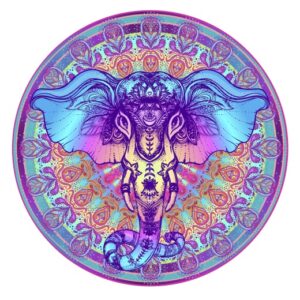 Earth and human beings were most likely constructed as scientific experiments by extraterrestrial races, that is if you ascribe to the ancient astronaut theories of Erich von Däniken or Zecharia Sitchin. Given this, it’s possible that many of our planet’s species, living and extinct, were infused with unique sets of attributes meant to teach and inspire us.

At the birth of the great Earth experiment, aliens may have had justifiable fears around the dangers of what they were creating. They knew that the outcome would be unpredictable, and most likely, unimaginable. From experience, they recognized the dangers inherent in an experiment like this one.

It stands to reason that our alien architects must have known that developing simpler, somewhat limited, and possibly conscious species in tandem with human beings might preserve their experiment and related research.

“People are so difficult. Give me an elephant any day.”
— Mark Shand

It might be that animals, like elephants and birds, were created specifically to save us from ourselves.

It all comes down to the core questions that may have been referenced at the start of the venture. If you and I were designing a new race or planetary culture today, we’d need to start with the basics.

Consider the Tardigrades, also known as “slow steppers” or “water bears.” They can be found thriving anywhere on the planet, from oceans to mountaintops to volcanos, and in every type of forest. I believe this creature was one of the primary failsafe living-Beings, explicitly created for the Earth experiment.

Comprised of 1200 species, Tardigrada can live through any catastrophe, including extreme temperatures, air deprivation, radiation, dehydration, starvation, physical abuse, and space travel. Their fossils date back 530 million years. I believe our alien fore-parents wanted to make certain that even if we destroyed ourselves, Earth might remain a terrarium for millions of Tardigrades.

Along this line of thinking, let’s look at the elephant. Its brain usually weighs around 11 pounds. This is 2-3X larger than the average human’s brain and is also much larger and more functional than those of rhinos, hippos, and others.

This graceful and friendly mammal has a long pregnancy, at almost 22 months. Some say this gives baby elephants enough time to build a strong connection within themselves. It also makes them more self-sufficient, less anxious, more creative, and less competitive. This length of time inside of their mothers might even make them more nurturing and peaceful. What better attributes for us to adore and worship?

Upon birth, elephants are immediately curious, exploratory, and creative, able to successfully utilize objects they’ve never seen. When elephants are reprimanded for doing something incorrectly, they can later be seen practicing the required exercises, in private, to improve their skills.

An elephant’s trunk utilizes over 4000 muscles. Imagine the brain impulses required for this activity. Elephants can also recognize themselves in the mirror and with affection. This type of self-awareness can only be found in humans, apes, and dolphins.

Elephants have outstanding social abilities, as represented in their exemplary levels of gentility, empathy, and altruism. At the very least, we should be protecting this precious species from recognizing it as eternally sentient.

African tribal leaders see the elephant as a conscious Chieftain of the forest. They respect the high level of consciousness that elephants embody.

If you look at an elephant’s commitment to their family, you’ll find that they will do anything to protect their young. When baby elephant bulls and cows suffer from dehydration, mother elephants will quickly nourish and cool their calves with self-regurgitated water. They draw from within their stomachs to heal their children.

In India, Thailand, and other Asian countries, elephants are revered as spiritual-Beings, here to remind us of our most beautiful qualities. They are seen as living embodiments (and reincarnations) of Ganesha, son of Parvati, the Goddess of the Mountains and wife to Lord Shiva.

In spiritual circles, the elephant, like Ganesh, has features that are seen as symbolic:

“If anyone wants to know what elephants are like, they are like people only more so.”
— Peter Corneille

Whether Asian or African (Savanna or Forest), all elephants share similar attributes and are potential extensions of kindred species. All factions of the two elephant trees appear to have cross-migrated, interbred with cousins, and enjoyed spreading their DNA throughout Europe, several islands, Asia, and beyond.

We are human beings living busy lives, on an increasingly complex and challenging planet. It’s difficult for us to fathom and fully comprehend how we came to exist and why we are here. Even though we imagine ourselves as the sole reason for this planet’s existence, we’re most likely only a tiny part of a much larger evolutionary plan.

When I look into the eyes of elephants, I see eternity. I can feel the spirit of the elephant, which feels representative of an incarnated Buddhist Lama. Feeling into her spirit, I sense thousands of years of meditation.

The elephant also feels somewhat foreign to me, as if she were placed on Earth to be a helpful fish out of water, a reminder of the attributes nestled deep within our cores.

Peacefulness, fearlessness, acceptance, and empathy: these are the primary attributes that seem to fall from view when we’re living strained and hectic lives. As we embark on the next chapters in our lives, let’s look to the elephant and be grateful for what she teaches us. While we’re at it, let’s give a nod to her alien engineers.

Mammoths, Octopus, and Beyond!

Scientists are using mammoth DNA to create elephant hybrids. While Mammoths are the assumed ancestors of elephants, they are unique. In the coming years, we’ll learn how Mammoths are yet another unique example of alien bioengineering.

With almost 5X the number of brain cells, each with a unique personality, and the ability to think through intricate puzzles don’t even get me started on the octopus! They may be the Earth’s first fully conscious species.