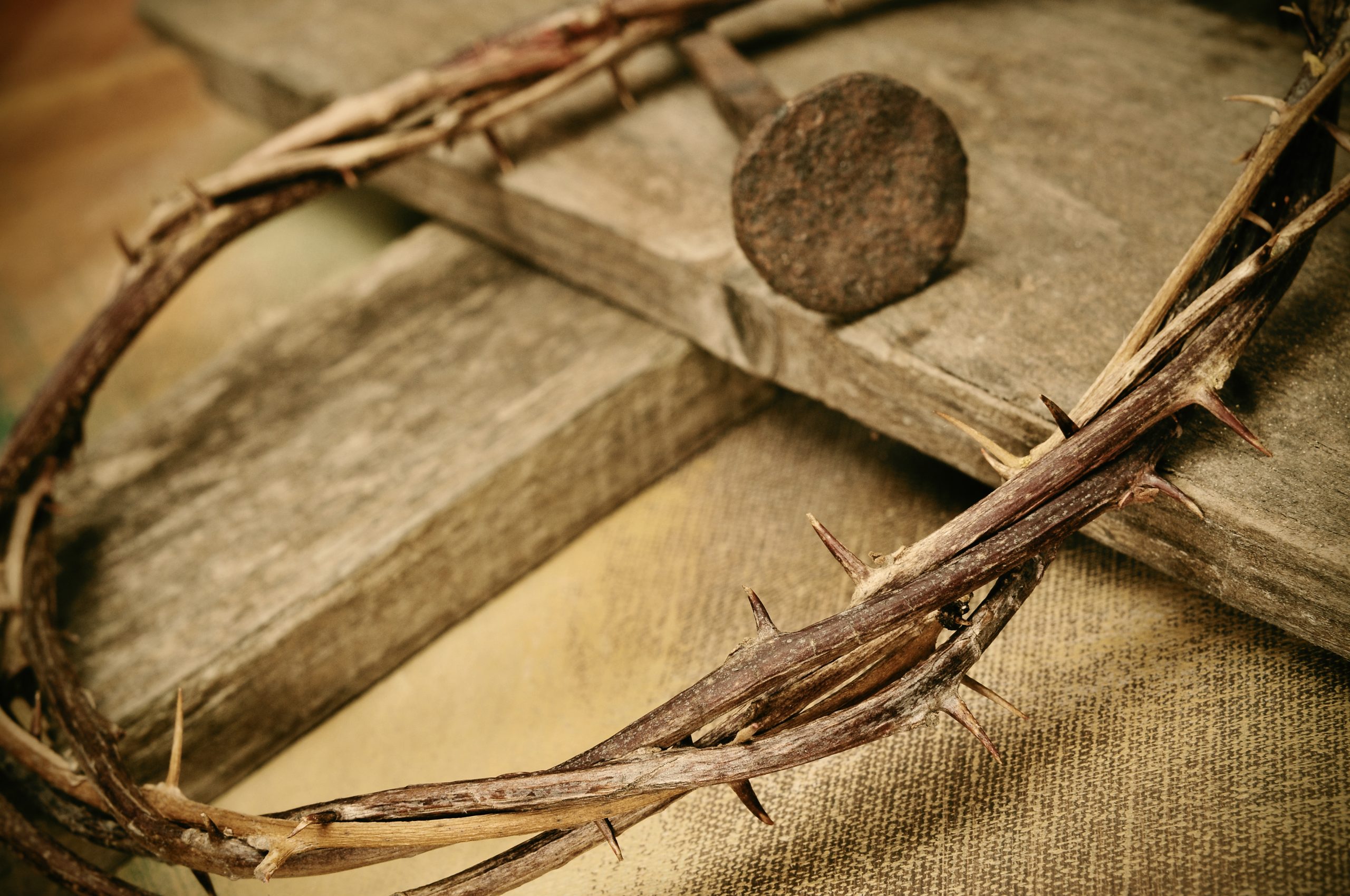 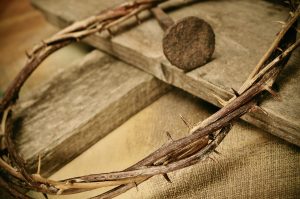 Jesus was an enlightened master, still accessible, still embedded in the light. A Shutterstock Licensed Image.

Jesus was one of the first enlightened masters with a broad mission and mass appeal. A true and eternal master, Jesus was likely olive or dark-skinned.

While originally based in the teachings of Jesus, and focused on love and compassion, Christianity has since become somewhat broken, splintered and confusing. Even the white portrayal of the likely olive or darker-skinned Jesus is a fabrication.

It’s a religion with many limbs and branches, most of which are not fully rooted in The Eternal Light of Christ. In many ways, Christianity, in all its forms, has lost its way.

Behind the leadership of each of Christianity’s sub-sects, are lineages of successions that were not always inspired by love. Many of the church’s leaders have been ambitious men who promoted codes and ideologies that defied Jesus’s teachings. This is still happening today.

From protected, pedophile priests who’ve committed multiple crimes with no repercussions to hateful born-again Christians who use Bibles as weapons to judge millions, too many of the church’s factions no longer live by the Master’s teachings. It’s become a sea of conflict and misdirection.

While the core of Christianity is still accessible,

Most of its followers seem to almost condone

Consider how “born-again” Christians continue to villainize and denigrate people who are LGBQT, immigrants, agnostics, atheists, or members of other religions. They also taunt those who choose to meditate, do yoga, or exercise their rights to have an abortion.

These sad and misled people have continued to demonstrate hatred against those who don’t follow their cult-like ideologies, by telling them, “you are not saved.” How sad it is that this type of ignorance is still in play!

Many churches that call themselves “Christian” are so steeped in their own hypocrisy, they have rendered themselves ill-equipped to love, meet the spiritual needs, or foster the growth of disciples.

Many of their adherents are being taught to hate rather than love. They’ve become so hyper-focused on their incomplete and over-edited Bible, they can’t help but judge and forsake those who are depressed, poor, lonely, disenfranchised and desperate. Aren’t those the people who Jesus taught us to love and heal?

These types of Christians regularly guilt and shame those who refuse to jump-aboard their exclusionary hate-wagons. In what twisted reality did Jesus use guilt and shame? He didn’t. Jesus was the embodiment of love, compassion, and acceptance. These things are no longer taught at American mega-churches, because hate sells.

When these ignorant people most often quote their “scriptures,” they do so specifically to hurt others, not to nurture them. It’s as if they imagine themselves to be in relationships with a dark, egoistic and fictional Christ, rather than the loving, healing and transformative nature of the Eternal Christ.

Within the first day of posting this article, I was verbally ambushed by some of the most backward, hateful people I’ve experienced, none of whom have any idea what their short-sighted outbursts do to others. I can only imagine how many sad and lonely people they’ve damaged this way. If Jesus were to return as his original person, they wouldn’t recognize him. They’d put him in a detention center and toss the key.

How Do I Access The True Nature Of Christ?

For the purest teachings of Jesus, follow a living, enlightened master, and read the Gnostic gospels, the texts rejected by male, Christian leaders throughout time. With so many dark souls having tainted these teachings, it’s a miracle we can still seek and find Him.

The oldest version of the Bible has over 14,800 discrepancies when compared to the latest King James version. There are now over 2000 uniquely translated and edited versions of the bible. The current version has been rewritten over 300,000 times (yes, three hundred thousand). Over 99.9% of the translators were men.

Given its limitations, the Bible should never be used to limit our beliefs,

define or confine God and the universe, or judge others.

Throughout time, Christian popes, leaders and warriors have maneuvered, raped and pillaged, all in the name of God, and in direct opposition to the teachings of Jesus. Jesus, like any enlightened Being, would disavow his position in such an organization, and he would question the tenets outlined in their limited, manipulated “holy” text.

If Jesus returns, which he continues to do in many forms, he might not limit himself to being Christian. His membership in such a thing might be antithetical to his nature. While he would be loving of Christians, he would most likely neither prefer them nor emblemize his position among them.

If He were here with us now, Jesus would lead us to eternal truths, the ones not properly recorded by early followers, subsequent editors, and the church’s many selfish leaders throughout history.

No matter the religion or creed, it’s silly to put God in a box. The universe and God are unlimited. The Divine has never relegated itself to merging with one master, path or creed. She has been birthing enlightened teachers and teachings for eons. All we have to do is open our hearts and seek Her.

God, the Eternal Consciousness, the everlasting Being of light, in the form of Christ and all of the Eternal Masters, is one glance or thought away. Just open your heart.

The true nature and lineage of Jesus have little to do with his carpenter father or virgin mother. The depth of Jesus’s spirit and the breadth of his mission is born from many lifetimes in service to humanity and creation.

As a boy, and throughout his teenage years, Jesus benefited from the deep and beautiful teachings of the famous, regional rabbis of his day, including Johanan ben Zakkai, Hanina ben Doda, and Abba Yose Holikufr.

Jesus was a devoted Jew, who quickly emerged as a profound sage and prophet. As he further embodied God’s light, delving deeply into the realities and natures of humanity, love, and the Universe, Jesus grew far beyond the limited teachings and judgmental nature of his birth religion. Within a short period of time, Jesus exponentially expanded into the Eternal Embodiment of Love.

Although he was born infused with divine light, Jesus most likely became a student of Buddhist and Hindu tenets. Either way, He had a clear, Vedic astrology chart of an Eternal Master. He was not a figurehead of a religion or movement. He was the embodiment of light and love.

This is why gurus and “wise men” flocked to witness his birth. There were many more than three men who came to visit Jesus in his early years.

To be with Jesus, visit with the living masters who travel the planet today. Most of these enlightened Beings are female, and embody feminine qualities. This is because the nature of the universe is predominantly feminine, as are Jesus’s teachings.

One cannot follow Jesus without understanding the nature of the Divine Mother, whether your understanding is conscious or not. It’s in this way that embracing Jesus’s mother Mary can be helpful for unfoldment into Self-realization through Christ.

Without The Divine Mother, there is no depth of femininity, receptivity, compassion or empathy. In Her embrace, we are immersed in eternal love and embraced by all of creation. It’s through Her arms that we can also experience the living Jesus.

Here is a partial list of living and recently deceased Sons and Daughters of God, who many believe to be akin to Jesus and embodiments of divine love. Other terms for them are “Spiritual Masters” and “Gurus.”

The Mystical Teachings of Jesus

Somehow lost in the catacombs of The Vatican and other Christian cultures, these teachings are the foundation for spiritual growth.

The journey to spiritual liberation begins with devotion to a master. Whether it’s Jesus, Amma, Yogananda, or another Holy Being, be true to your heart and follow the path of light and love. Stay close to your master, in mind and heart. The master will never leave you.