Are Malta’s Secret Skulls The Remnants Of Prehistoric Aliens? 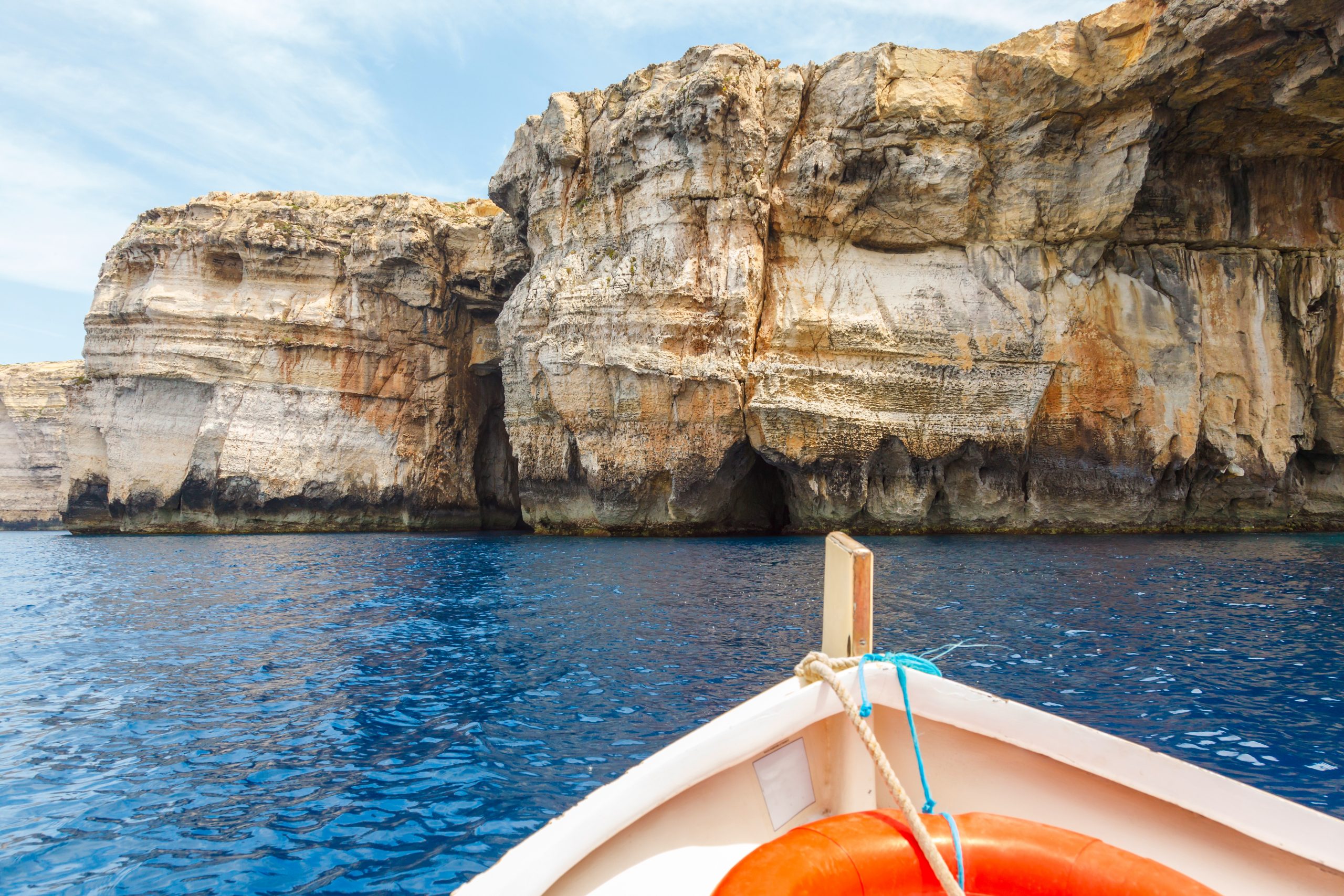 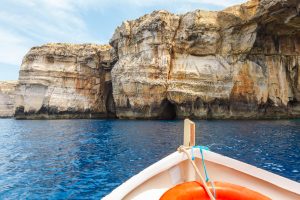 In modern society, our physical and social markers tend to broadcast our social status’ to the world. From our clothing and cars to our jobs and addresses, friends and strangers continually take note. When our outward appearances align with society’s definition of wealth, other people’s opinions imbue us with access, opportunities, and power.

The same can be said of the Maltese or Malta elongated skulls, which are currently under scientific review and DNA analysis. While anything is possible in Malta, there are similar skulls around the world that appear to have been shaped manually.

“They think those the most noble who have the longest heads… and while its (newly born) head is still tender, they fashion it with their hands, and constrain it to assume a lengthened shape by applying bandages and other contrivances.”
— Hippocrates

The Ħal Saflieni Hypogeum, a fascinating, underground temple, from the (prehistoric) Neolithic period, can be found in Malta, an island in the middle of the Mediterranean Sea, betwixt Europe, North Africa, and the Middle East. It was built in the Saflieni phase, somewhere between 4,500 and 2,500 BC.

Archeologists believe this ancient site to have been an important sanctuary for the early Maltese. It’s a magnificent structure, thought to be a necropolis, containing a wide variety of elaborate cemeteries filled with crypts, tombs, and monuments. The Hypogeum of Ħal Saflieni is where over 7,000 dolichocephalic (adjective meaning “having long skulls”) skeletons were found. Because the majority of these bones fell to dust upon first-touch, only 20 remained intact. Out of these 20, the whereabouts of only 6 of the skulls are currently known.

Conspiracy theorists love these types of stories, but the idea that these Maltese Beings were aliens has lately come under tremendous scrutiny, and for good reason. It has been proven that many of the world’s elongated skulls were achieved through artificial means.

“Children born of common parents have their heads flattened by the pressure of wooden boards.”
— Xuanzang, Chinese Buddhist

Elongated Skulls Throughout The World

When these types of skulls were discovered in Peru, they were thought to be from an alien species. Over time, DNA tests proved that these 3,000-year-old skulls were manually elongated over several years, starting when individuals were babies. Strangely, there is no reported increase in cranial capacity in the known elongated skulls. All related physical compressions and manipulations were performed by parents and grandparents, and the spiritual practitioners of the time.

Archeologists and locals have found lengthened, coned skulls in a variety of places on Earth. South America, Western Europe, Asia, Australia, and Africa are among some of the more famous locations where the craniums of babies were molded with bandages, clamps, and planks. While all this sounds akin to a horror movie, in some cases, this deformation was a sign that the family held a high or privileged position in society.

Families and shamans may have performed these elongations to give the perception of a strengthened identity or advancement in might. Artificial elongation may also have been used to help broken cultures redefine themselves so they might reemerge as more solvent participants in trade and commerce. Skull lengthening and flattening of the forehead, may have been a ritual of belonging, one intended to deepen the bonds within a group.

In 2013, Alsace, France archeologists discovered the skull of a female aristocrat who died in the 3rd century. Her parents, priest, or spiritual leader may have manually flattened her forehead and shaped her skull into a cone. While some believe that she was of alien descent, it’s been proven that her abnormalities were created through deliberate modification, also known as “Toulouse deformity.”

In 1960, in a cave near the borders of Iran and Turkey, in what is known as Iraqi Kurdistan, 35 intentionally shaped skulls were discovered. The same has occurred in ancient Korea, the Roman Empire, and among the Mayans, Incas, Choctaw, and Chinookan. When societies reshape their babies heads, it was often within a spiritual rite, whereby they begged the Gods to bring them health, well-being, and favor.

There have been many false reports stating that the dolichocephalic skulls at the Malta Hypogeum were of alien origin. When scientists began to confront the reporters and conspiracy theorists about their supposed findings, it all came crumbling down. To date, there has not been an investigation or proof that points to these skulls being extraterrestrials.

This is all about to change. In the past year, an interdisciplinary collaboration between Malta and Australia began. The working title of the project is “The Sentinels of Ħal Saflieni, Malta: Science Facts versus Science Fiction.” While many scientists and archeologists are hoping to participate, access has been restricted to Heritage Malta and The Superintendence of Cultural Heritage at Macquarie University, in Sydney, Australia

Initially excavated by a handful of archeologists, the most prominent one, and the man who documented the original skeletons, is Sir Themistocles “Temi” Zammit, a noted Maltese expert. Even though several teams explored the site, no one has reported anything that either supports or refutes the notion of the skulls being of alien origin.

Other scientific researchers had previously been given access to the site, include published authors, Dr. Anton Mifsud, and Dr. Charles Savona Ventura. The first published papers on the site were probably scribed by a man named Emmanuel Magri, who’s documentation has apparently disappeared. He stated that there were originally over 33,000 skeletons within the halls of The Hypogeum, not 7,000, which has since been chiseled down to 6.

“(The Malta Hypogeum) is indisputably a place of global significance for understanding the evolution of intellect, creativity, technology, and culture, at the key stage when human groups were making critical transitions to agricultural strategies.”
— Heritage Malta

Malta’s Culture Is a Conundrum

Malta is the home to many haunting stories and conspiracy theories. Verified sightings refer to a colorful list of haunted theaters, farmhouses, hotels, hospitals, Cathedrals, and palaces. There are even reports of soul-stirring screams, strange visitors, giant humanoids and disappearing children.

The tiniest country in the EU, Malta is considered an advanced economy with high income. It’s been ruled by the Greeks, Romans, Moors, Turks, French and British. It achieved independence in 1964, joined the EU in 2004, and became a member of the Eurozone in 2008. The Eurozone includes 19 EU member states which have adopted the euro.

With an improved economy that’s dependent on foreign trade, electronics manufacturing, tourism, and financial/banking services, the island has been going through an extraordinary economic and cultural transformation. With growing populations and rising real estate costs, Malta appears to have the mystique of Monaco, and the sensibilities of an island village.

Malta is a haven for secrets, lies, and all things supernatural. Whether the islands of Malta and their Ħal Saflieni Hypogeum are also home to ancient, alien civilizations will hopefully be revealed soon.

As the scientists complete their research, consider these questions: Why has it taken so long to test the DNA of Malta’s famous skulls? Why were Emmanuel Magri’s ground-zero reports never published? Why have his original notebooks mysteriously disappeared? Why has the number of reported skeletons changed from 33,000 to 20,000 to 7,000 to 100 to 20, and more recently to 6? This story may be far more interesting than previously thought.