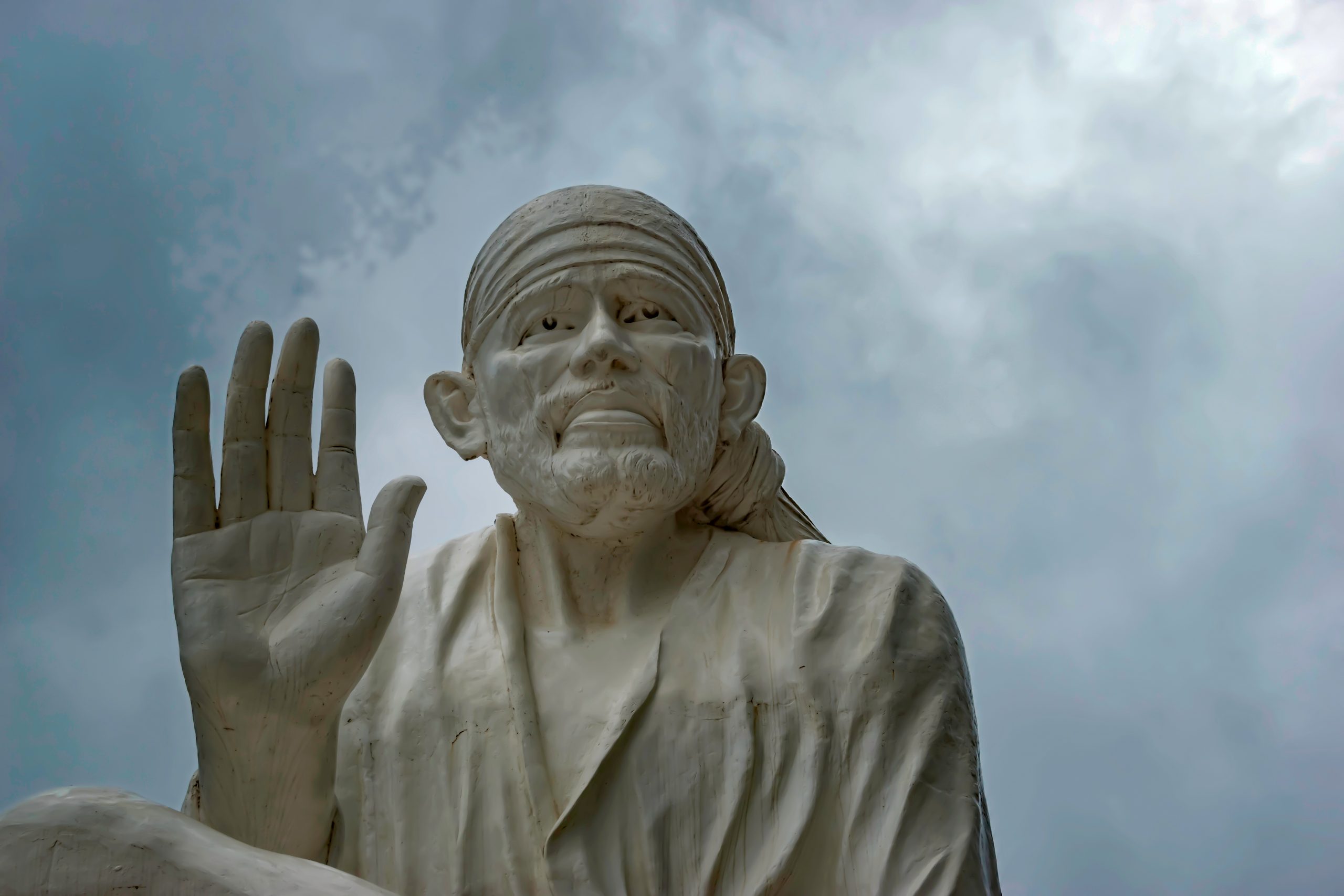 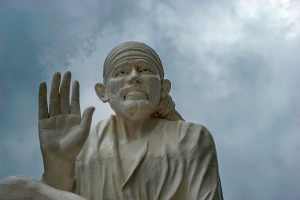 Revered by thousands of Hindu, Muslim, Christian, and Zoroastrian devotees, Shirdi Sai Baba was known to be an Indian saint, Satguru, fakir (vowed to poverty and devoted to God), and spiritual master. The translation of Sai Baba’s name speaks directly to how people saw him. Sai means “Sufi Saint” and Baba means “Father.”

Baba did not support the hierarchical caste system or the notion that one religion was more significant than another. Throughout his life, he gently wove elements of Christianity, Hinduism, and Islam into his unique version of Vedantic teachings.

While Sai Baba’s birth year was not recorded, it is assumed he was born near the year 1838. He passed from this life in samadhi in 1918. Baba often lived in a Mosque, and his physical body was cremated in a temple.

Baba was most likely born to Brahmin parents within a few hundred miles of Shirdi, Maharashtra, India. Some have reported that he came from the village of Pathri. When he arrived in Shirdi, at the age of 16, where he led an ascetic life, Baba began meditating under a neem tree and teaching local villagers.

Baba left Shirdi for some time and was thought to have traveled throughout the country meeting with other saints, fakirs, and gurus.

“Do not be misled by what you see around you, or be influenced by what you see. You live in a world which is a playground of illusion, full of false paths, false values, and false ideals. But you are not part of that world.”
— Shirdi Sai Baba

The Teachings Of Shirdi Sai Baba

While most of the local villagers saw Sai Baba as a beautiful and humble saint, a few considered him to be evil and would throw stones at him. Regardless, he remained in a state of profound peace and showered his followers with love, respect, and kindness.

When living at the Mosque, Baba would tend the sacred fire (dhuni) and would give out the ashes to his devotees. Baba’s holy ash was reported to have produced many healings and miracles.

Sai Baba’s teachings were based in the three Hindu paths, Bhakti, Jnana and Karma Yoga. He believed one God to govern all. He was occasionally heard chanting, “Allah Malik” or God is King.

​Like many Satgurus, Shirdi Sai Baba focused on the importance of self-realization, while continually warning of the trappings found when we love things in the material world. Baba taught about love and forgiveness, charity, selfless service, inner peace, and how to maintain an un-shattered devotion to God.

Sai Baba of Shirdi was particularly adamant about the importance of surrendering to your guru or Satguru. He taught that having a living master helps initiates release their attachments to their self-identities and move closer to God-consciousness.

Sai Baba of Shirdi would often share ideas that seemed to be akin to a spiritual form of physics. He would say, “To every one of us there must come a time when the whole universe will be found to have been a dream when we find the soul is infinitely better than its surroundings. It is only a question of time, and time is nothing in the infinite.”

Baba taught two fundamental principles over and over again, Shraddha and Saburi. The Sanskrit word “Shraddha” means to have love, respect, and faith in the divine. Baba taught that Shraddha would take devotees far beyond intellectual intelligence and a rationalized reality. He taught that Saburi, meaning “patience and firmness,” is a vital part of achieving self-realization.

In all things, Baba taught us that our spiritual paths would be less burdened if we protected the purity of our souls, minds, and hearts.

The Other Sai: Sathya Sai Baba

More recently, Sathya Sai Baba, an Indian guru who lived from 1926 to 2011, was a revered spiritual teacher who claimed to be the reincarnation of Sai Baba of Shirdi.

Both devotees and non-devotees reported Sathya Sai Baba’s ability to materialize jewelry, heal the sick, and appear in multiple locations at the same point in time. These public displays of spiritual magic elevated his fame while also producing controversy.

Throughout his 84 years, Sathya Sai Baba established a network of free hospitals, clinics, ashrams, and schools, and was committed to funding clean water projects in a long list of cities throughout India. There are over 1200 Sai Centres in 126 countries.
Over 500,000 people attended Sathya Sai Baba’s state funeral, including the President, Prime Minister and other famous dignitaries. Among thousands of others, the Dalai Lama offered his sincerest condolences. In fear that Sathya Sai Baba was creating an uncontrollable movement, the CIA followed him for decades. Other accusations included the use of popular, non-spiritual, magic tricks, sexual abuse, fraud, and murder.

Many of Shirdi Sai Baba’s followers believed that Baba had profound, spiritual gifts and therefore was able to perform any miracle at will.​

It has been said that Baba was able to read minds, appear in multiple locations at the same time, cure incurable diseases, exorcise evil spirits, energetically stop moving objects, levitate, enter Samadhi at will, physically materialize other people’s illnesses and ailments, and open the most stubborn hearts and minds.​

Even after Baba’s death, some people reported that Baba would appear to them as various Gods and divine forms and give them spiritual and life advice.​​

The remarkable life of Shirdi Sai Baba was chronicled in two books as follows:

Many people have reported feeling peaceful and inspired by these books, a feeling that can also be achieved by visiting Shirdi Sai Baba’s temples. His first temple was built in Bhivpuri, Karjat, India.

“Unless there is some relationship or connection, nobody goes anywhere. If any men, women or creatures come to you, do not discourteously drive them away, but receive them well and treat them with due respect. Sri Hari (God) will certainly be pleased if you give water to the thirsty, bread to the hungry, clothes to the naked, and verandah to strangers for sitting and resting. If anybody wants any money from you, and you are not inclined to give, do not give, but do not bark at him like a dog.”
— Shirdi Sai Baba

The Sai Baba Temple in Shirdi has over 25,000 visitors every year. It’s managed by the Shri Sai Baba Sansthan Trust, a philanthropic and monastic order in Baba’s name. Their website, www.Sai.org.in states, “Shri Saibaba Sansthan Trust, Shirdi, is the Governing and Administrative body of Shri Saibaba’s Samadhi Temple and all others temples on these premises, and devoted towards the development of Shirdi village.”

Devotees of Sai Baba of Shirdi hail from all over the world. His temples have been constructed in a long list of countries and continents, including but not limited to the Caribbean, Nepal, Trinidad and Tobago, Fiji, Canada,

Meher Baba, a self-self-declared, Indian, God-Avatar, believed Sai Baba of Shirdi to be a “Master of the Universe” or Qutub-e-Irshad, a term known only within the Meher Baba community.