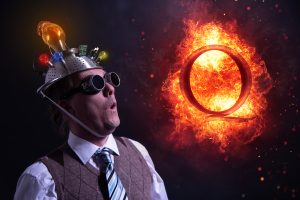 When the Titanic sank, we didn’t have secret chat-rooms and viral videos. From the 1700s through the early 20th century, we had super-secret handshakes in members-only social organizations, most often comprised of white men. These old-time organizations include The Masons, The Skull & Bones Society, The Improved Benevolent and Protective Order of Elks of the World, The Grand Orange Lodge, The Independent Order of Odd Fellows, The Knights of Pythias, The Ancient Order of Foresters, The Ancient Order of United Workmen, The Patriotic Order Sons of America, The Molly Maguires, and many other social groups, some of which are still in existence today.

These groups were the birthplaces of life-changing agendas, powerful social movements, and presidential campaigns. As fraternities, they shared beliefs and ideologies, they often schemed together, and would aggressively defend, protect, and uplift each other. These private societies were also safe havens for the proliferation of private, self-serving agendas.

“Those who were seen dancing were thought to be insane by those who could not hear the music.”

Today’s most classified sanctuaries are no longer built with brick and mortar or via cocktail parties and hand-shakes. They’re formed within clouds, chatrooms, and social media platforms. Armed with prejudice and bad genes, these anonymous anti-science revolutionaries are filled with cartoonish presumptions and anger. Unrelenting and hard-core, these fanciful opinionators can be found infiltrating an all-American town near you!

A teensy tiny percentage of the chats and chatters found in these conspiratorial asylums are brilliant and backed by meticulously vetted research. Most, though, are non-scientific and anti-analysis, often refuting facts with Fisher-Price style scrutiny. Somehow ideology-based fiction has become the rage.

QAnon, also known as “The Storm” and “The Great Awakening,” is the super-secret, pro-Trump, fighter-against-all-evils, who seeks to squash the global ring of what they call, “wealthy, satanic pedophiles.” They’re on the hunt to stop the descendants of the Rothschilds from growing their Satanic cult.

These power-chatters can be found on 4chan and its unzipped, squirrelly twin, 8chan, otherwise known as Infinitechan or Infinitychan. These communication channels are entertaining at best. With hype, twisted beliefs, and mentally deficient premises, they hope to escort you, against your will, far from reality. Oh, and they hate gay people, folks of color, and anybody who’s not a born-again Christian. It’s White-Jesus Or Bust, Baby!

This unhinged group of all-cap texters believes that the US government is in big trouble. They believe that a dangerous cabal, managed by Robert Mueller, Hillary Clinton, and Barack Obama, is responsible for everything from the “anti-American LGBTQ agenda,” to the 2017 shooting in Las Vegas. And even though Trump was best pals with the most diabolical pedophile and sex trafficker of all time, Jeffrey Epstein, these inbred fact-fuckers seem to believe the Trump-Epstein friendship is fake news. Facts prove otherwise.

This fascinating, generally anonymous group of knuckleheads believes that Trump and his friends will drain the swamp and combat the “deep state” in all branches of the U.S. government. Nothing even close to this has happened since Trump took office.

While I love the idea of deconstructing the deep state, I believe 4Channers might garner a little more respect if they introduced the American public to the aliens held at Area 51 or any other military black site. Instead, they run romper rooms full of unintelligent, fictitious garbage. Remember when we used to watch cartoons as kids? Yeah, it’s like that.

Regardless of where they stand on any given topic, 4channers and 8Channers know how to push buttons and fan flames, even though 99% of their bullshit is born from jealousy, arrogance, and presumption. Their reactions to each other, and some of their most vocal critics, are not just combative, they’re volcanic. While these folks seem perfectly at-home in their attempts to set their chatrooms on fire, the atmosphere on these sites appears to be just a few cotton candies shy of a circus.

Although they’re passionate and pro-America, they’re not champions of facts, actual events, and statistics, which tend to be based on silly things like mathematics, science, and well, ya know, reality. And you can forget scrutiny. Just like Trump at a town hall, they fuck-up, fumble, and fold.

While the fodder on these channels is enjoyable to some, the Chatters might serve more people if they inched ever-so-slightly toward representing a realistic version of our three-dimensional reality and a more balanced perspective on how to live with other humans. Instead, they want everybody to be fearful and buy guns because Bill Gates is planting poisonous chips in the brains of bus drivers, librarians, and soccer moms so he can control black people and Safeway. Soon, we’ll all be running book clubs, drinking boxes of white wine, and fucking pool boys when Daddy’s in Des Moines.

While not all the data has been collected, it’s pretty clear that Channers are less evolved than apes. Anybody who fights against science is nothing but a jealous clown who hates ideas they couldn’t possibly imagine. It’s like telling your mechanic you know more about your carburetor than he does. Folks like these would have executed Einstein, fearful that electric lights turn babies into zombies.

Here’s the thing: people who stockpile guns because they believe Trump & White-Jesus are starting the Apocalypse are often unable to form complete sentences or represent coherent thought. Let’s face it, these virus-denying, professional inbreeders should be euthanized.

“You’ve reached 4chan. Leave your moral standards at the tone.”

Here’s the icing on the cake: all the channy jibber-jabbers in the United States are constantly on alert for hints secretly implanted in the speeches by the Commander-in-Chief, President Donald Ape-Dump. These might include the ways he looks at his wife, makes fun of cerebral palsy victims, or how he sips a water bottle using two shaking hands. From the President’s slightest behavior or action, Channers assign meanings and assumptions. While fascinating, this is nothing short of a far-reaching insanity.

Many lunatic Channers believe the pseudonym “Q” on 4Chan is the pen-name of John F. Kennedy Jr., the son of the former president, who, they claim, did not die in a plane crash years ago. Apparently, he lived, left his family, went into hiding, and started blogging, long before the personal computer was invented.

Some 4Channers and 8Channers believe their coveted channels have become compromised by anti-American, White House office staff and masked liberals living in the tunnels underneath the Capital. Whether you’re with the former or latter, please double the meds.

— A common banner for 4chan

In addition to investigating evils, dangers, and Democrats, these anti-social networks are keenly focused on dismantling the Illuminati, terminating the CIA, and exalting Christian Revivalism. It seems they want every liberal and LGBTQ person to finally pray-away their tendencies of immorality and collusion.

Most Channers seem to believe that vaccines, moon landings, and climate change are hoaxes. And they’re convinced that J. P. Morgan paid Germans to sink the Titanic. Somehow, they believe this saved the Federal Reserve. Even the head writers of The Simpsons marvel at ideas like these.

“4chan is like — It’s like a look at what the human race really wants to be, deep down inside. It’s how we would treat each other if there were no such thing as restraint or empathy.”

This theory surmises that the multi-millionaire financier wanted to kill his rivals Jacob Astor, Isidor Straus, and Benjamin Guggenheim. His motive was to dismantle the Federal Reserve, an institution that Morgan had long been manipulating and controlling, in one way or another.

Since the three amigos were not pro Federal Reserve, and they never shared their opinions in public, they were probably not at war with Morgan. Given that most millionaires are secretive when it comes to their views, it’s silly to assume the things they said in public as anything more than playful banter. These types of men are driven by profit, not honesty.

Long before his company added him to Titanic’s manifest, customary for a man of his stature, J. Pierpont Morgan had a busy schedule of philanthropic, business, and social events. With his absence, he was not trying to avoid dying on the Titanic. Morgan’s dance card was simply too full, which prevented him from joining the maiden voyage.

It’s interesting to note that the Federal Reserve is insanely complicated and self-serving. While it regularly determines interest rates and pathways to acquire loans and homes, its’ primary function is to serve the banking industry and the original investors in the US experiment. The Fed could care less about the American citizens who fund it.

The Federal Reserve was built on the premise that only rich men and politicians should benefit from the government and its bank. The average American citizen was never a contender for using the bank to grow wealth. This position was always meant for politicians who construct the laws and the wealthy people who fund them. This has never changed.

Digging deeper, one might determine that “The Fed” was created in haste by a group of greedy and naive colonists, to serve only a handful of wealthy slave-owners, farmers, Governors, Senators, and Congressman.

Since it’s inception, The Fed has only benefited foreign investors and bankers, which has resulted in a mountain of debt to the American people. With a strapped, confused, and overburdened government, rich men have more room to manipulate the market toward their favor. It makes sense, right?

“The proper funding of the present debt will render it a national blessing. The creation of debt should always be accompanied with the means of extinguishment.”

There’s one positive aspect here. The whackjob, gay-bashing, science-hating racists on 4Chan, 8Chan, and similar sites sometimes kick a pebble that’s remotely connected to a possible truth, if you squint. For example: if it weren’t for the Chanheads, we might never have seen a connection between Darpanet, Monsanto, The Skull & Bones Society, and WTC’s Larry Silverstein. Before 4Chan, it was difficult to unearth and explore these types of connections. But the good ends there.

Larry Silverstein was the World Trade Center leaseholder who increased his insurance coverage a few months before the 9-11 terrorist attacks. This statement is true. The original 4Chan claim was that Larry purchased anti-terrorism insurance. No, he didn’t. There is no such insurance policy inclusion or exclusion. It’s just insurance, which generally seems to cover terrorist attacks. This is the type of vetting that’s missing from deep-state conspiracy theories.

But here’s the rub: 75% of a 2018 Monmouth Poll agreed: “A group of unelected government and military officials are secretly manipulating or directing national policy.” While I wholeheartedly agree, this idea doesn’t conflict with my belief that scientific research is valuable, wearing masks is an example of self-respect and empathy, and fact-based news is vital to sustaining a healthy Democratic Republic. That said, the US is nothing more than a bank-serving Corporate Oligarchy.

What can we do? Bring the banks under public ownership and tax every religion. Then we can talk.

“Nothing is random. Everything has meaning.”