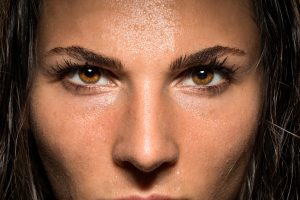 It’s okay to be angry and tough during negotiations. Get what you want. A Shutterstock Licensed Image.

I recently negotiated a contract with a frightfully dishonest person and earned the rights to intellectual property that I would not otherwise have been able to acquire. I didn’t earn it through rational exploration and mediation. How did I do it? I gave him hell, which he rightfully deserved.

What tipped the scales wasn’t my intuition or creative style. It wasn’t my research and declaration of facts. It was my unabashed, unfiltered judgment and anger that did the trick. What did I learn? To become whole in a transaction, you might have to blow the doors off.

This doesn’t mean that using anger to negotiate every deal is effective. In fact, it’s only effective in deals where you have a slippery adversary who has become way too comfortable with taking you for granted. In these cases, the anger becomes the element of surprise and the embodiment of the other person’s missing integrity.

Most of us don’t often know what we can ask for in a negotiation. We are all so needy that we’ll accept just about any outcome, as long as we get a small piece of what we originally wanted.

Our pursuits and demands don’t have to stop at mediocrity.

If you can be honest with yourself and stop placating or seeking to appeal to others, you’ll become aware of just how demanding and critical you really are.

We all love to play the peaceful pussy cat, resting quietly on the couch, but deep down every one of us is a tiger. We lose in negotiations because we’re lazy and we’ve shellacked ourselves with slimy, dirty, oppressive, contrived political correctness. We don’t even know what we deserve anymore.

When working with the brilliant luminary Fred Silverman, the only man to have run all three major TV networks, I witnessed such unabashed critique and unapologetic creativity, that it inspired me to the highest degree. There was never a sheepish request when a contracted promise wasn’t delivered. There was never a sweet, easy request when someone was clearly stepping out of bounds. There was no room for mediocrity or imperfection.

Fred wasn’t being a jerk, he was being honest. He knew everybody has excuses and that excuses are often imagined.

Every one of us knows when we’re being lazy or f*cking-up. We all know when we’re delivering something that’s not up to snuff and when we’re lying to ourselves.

Fred was flawless when he was directing creativity. With one glance, he could see 20 imperfections. He didn’t miss a thing, and that’s because he trained himself to encourage excellence in others and himself. This is virtue and it’s almost non-existent today.

Whether it’s a creative project where you’re worried about hurting your contractor’s feelings, or a contract negotiation where you don’t want to appear ungrateful, it’s our co-dependent patterns that get us into the most trouble. And yes, it’s trouble.

Whenever we undervalue ourselves during negotiations and agree to products, deliverables, compensation, or consideration that are far less valuable than what we offered in exchange, we undo the learning we’ve accumulated over countless lives and we deny centuries of human evolution.

Is it really preferable to be mediocre so you can avoid conflict? Is it more enjoyable to look back on something you created and secretly remember how you didn’t do it justice? Is it better to avoid sticky conversations and live with regret rather than buck-up and dive into an uncomfortable dialogue? The answer to these questions is “No”, yet we do it anyway.

If you’ve got a big heart, you’re probably not very critical or demanding. When things get difficult, you might also find it easy to give-in and let go, rather than fight for the truth of the situation or exchange.

When is the last time you were completely honest with a partner in the co-creation of a dream? When and where have you been raw, straight forward, direct, no bullsh*t? How many of your responses and reactions come from your inner-new-age idiot rather than your intuition or gut?

We’re all guilty of this insanity.

In order to function in our pretty, buttoned-up, politically contrived circles, we put ourselves on shelves. We’ve bottled up our authenticity. We’re half, if not, a quarter of what we intended to be.

Snap out of the dream and come alive again. Just beneath your society-pleasing mask is a technicolor spirit raging with power and light. Let her out, let her live, and watch her thrive.

Much of what happens in the new-age scene is numbed, quelled, passive, and indirect. This is because the new-age movement is broken.

Even when we seek eternal truths from local ashrams, temples, and yoga studios, we find that the eternal truths we’re seeking have been watered down so they might appeal to the masses. The bite, the teeth, and the truth have evaporated.

We’ve forsaken ourselves, more specifically, we’ve given up on our honest natures. Instead of being authentic, we are repressing our healthy, gut, knee-jerk reactions. Being inauthentic has serious physical implications and emotional side-effects.

After all, if we’re being honest and true to every moment, it’s not always white light and roses, is it? If we’re paying attention to all the gurus out there, isn’t it about accepting what is happening, rather than avoiding it? Isn’t it about the light and the dark? Isn’t it all ONE?

Life and living are comprised of white light, charcoal, and fire, all embedded in a stew of emotions, reactions, and projections. Living and creating are messy businesses.

How do we get back on our authentic feet during negotiations? How do we become more congruent with the totality of all of our moving parts? How do we integrate the yes, the no, and everything in-between so that we’re not afraid of any of it? How do we shake off society’s projections and limitations and rise above and beyond it?

Be real with yourself. Honor your perspective and intuition. Be true to your feelings in every confrontation, discussion, negotiation, and creative exploration. If it’s needed, allow yourself to be raw. Demand excellence from yourself and the people around you. Take it all in. Consume the whole as a truth and reflect the truth back to the All.

When you’re ready, pull your response from the depth of your spirit’s knowing. Bring all of you to the surface and to the table. If you’re bitten, bite back with love and with a positive vibrancy.

Invite and merge with every ancestor and guide who roots for you from the spiritual rafters. Shout to them and to the universe: