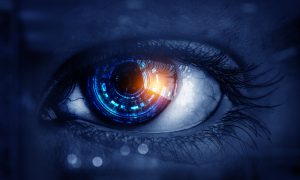 Prosthetics are becoming quite remarkable. A Shutterstock Licensed Image.

When it comes to innovation, medicine is enjoying an explosive renaissance. Universities and venture capital firms are financing new pathways to longer-term wellness. From anti-aging drugs on the verge of FDA approval to a blood test for breast cancer to the CRISPR gene-editing toolthat could soon eradicate malaria and HIV, the future of the human lifespan looks bright and beautiful.

Losing a limb is one of the most devastating experiences life offers. Without prosthetics, not only are amputees physically limited for the remainder of their lives, they tend to feel separate, broken, or ashamed. Prosthetics allows the wearer to regain utility, dignity, and dexterity. In some cases, because of the emerging prosthetics, the patient experiences a complete rebirth in strength, ability, spirit, and attitude.

One of the exciting trends in prosthetics is myoelectric arms that interpret brain signals through the remaining muscles in the amputated limb. Neuroprosthetics is a discipline at the intersection of neuroscience, biomedical engineering, and prostheses. It’s advancing at such a rapid rate that some patients can already control individual fingers while receiving clear, tactile feedback.

Users of these types of sleeves have reported sensory experiences telling them whether an object was hard or soft. Some have been able to control their robotic arts with their minds while regaining the sense of touch. Neurosurgeons perform surgical procedures that implant the devices.

Many more advances like these are expected soon, which will eventually give birth to products and services that even able-bodied people will desire. Someday soon, everyone will be financing their own brain, spine, and limb augmentations. While this idea is exciting, it’s potentially frightening!

Meanwhile, UChicago, Pitt, and the University of Pittsburgh Medical Center (UPMC) are collaborating on brain-computer interfaces (BCI) for paralyzed patients. The BCI is a variety of scenarios and used to replace missing biological functionality. The UChicago, PITT, and UPMC team recently received $7 million in funding from the National Institutes of Health (NIH).

Check out these recent developments:

For prosthetics, here are the numbers driving the innovation:

Prosthetics Cooler Than The Real Thing

Brilliant minds across the globe are working hard to innovate in this precious space, including 3D artists, engineers, scientists, and inventors, in a myriad of categories.

Here are a few examples of the phenomenal advancements in “cool prosthetics:”

All of this remarkable effort will give amputees and paralyzed individuals a variety of new benefits, including:

While all of these advances appear to be of benefit to amputees and paralyzed individuals, every advance in Neuroprosthetics will also benefit (and become available) to the rest of humankind.

Your brain-computer interface (BCI) will help you search through private internets, access specific data, and memorize information at a rapid rate. Your prosthetics will make you a better candidate for specific, it not all jobs. Your senses of smell, touch, and sight could make you incredibly valuable to the military and specific categories of commerce. Your intuition might also be enhanced, making you immeasurably valuable to a long list of organizations, causes, and pursuits, most notably your family.

As a result of all the advances in prosthetics and related sciences, human augmentation will naturally become the rage. You’ll be able to buy prosthetics and ancillary modules that will help you lift 100x your weight, hover and travel 20 feet above the floor, and see targets a mile away. Your neuro-hearing aid will replace your Fitbit and Alexa, enhance your brain activity and emotional states, and translate 21 languages in a single moment. All of these products (and many more) are in the final stages of development.

and The Bionic Man/Woman are being built right now.

One day soon, many human beings will be able

to pick up a menu and choose from a list

of prosthetics, augmentations, and enhancements.

Much of what we have labeled as science fiction is fast becoming reality.

Ray Kurzweil speaks of the tech singularity, when our technological advances become uncontrollable, resulting in unfathomable shifts in civilization and the human condition. Kurzweil claims that the 3rd world war will not involve nation-states, rather, it will occur when those who object to unlimited human enhancements rage against those who demand them. His vision, however outrageous, speaks to a moral dilemma that future generations will surely face.

In the meantime, we can all be grateful that amputees finally have pathways to improve and potentially regain the majority of their mobility, sensitivity, strength, and dignity. Keep an eye out for emerging science and tech.