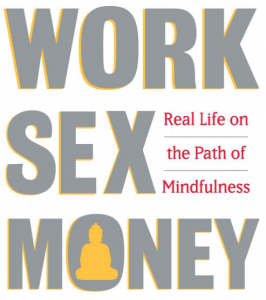 Chögyam Trungpa was a profound soul.

I was entranced with the beautiful writings of Chögyam Trungpa for many years. His book, Shambhala: The Sacred Path of The Warrior became a staple in my life. It opened my eyes to spiritual potential and deepened my understanding of life, love, and the divine.​

The more I learned, the more I craved Chögyam Trungpa’s books. When I meditated on him, I could feel his playful and loving heart. He had died a few months prior to my first experience of his unique spirit and work.​

My favorite Chögyam Trungpa quotes are, “Everyone loves something, even if it’s only tortillas” and “The ideal of warriorship is that the warrior should be sad and tender, and because of that, the warrior can be very brave as well.”​​

A prolific writer and Buddhist meditation master, Chögyam Trungpa (March 5, 1939 – April 4, 1987) is among the first masters who brought Buddhist teachings to the west and made them accessible. The holder of the Kagyu and Nyingma lineages, Chögyam Trungpa, was a brilliant man who lived a remarkable life.

Besides being the 11th Trungpa Tülku, an incarnating line of Tibetan lamas, Chögyam was:

The Adventurous Life Of Chögyam Trungpa

While studying meditation, philosophy, calligraphy, painting, and monastic dance, Chögyam Trungpa became a monk in 1947. In the 1950s, when Chinese communists repatriated Tibet, the Rinpoche trekked over the Himalayas and narrowly escaped capture. He reached India in 1959 and began teaching Buddhism to young lamas in Delhi, India.

Fluent in English, Chögyam Trungpa studied at Oxford, and taught throughout North America and Europe, giving thousands of talks to eager initiates.

Known for presenting Buddhist teachings in secular terms, Chögyam founded his growing Buddhist community and teachings under the name, “Vajradhatu” in 1973. The organization was renamed, “Shambhala International” in 2000 by his son, born to a nun named Lady Kunchok Palden.

In 1970, Chögyam married a wealthy sixteen-year-old student named Diana Judith Pybus (also known as Diana J. Mukpo). They had three sons together, two of whom are recognized as reincarnations of Buddhist lamas. Diana also had a son out of wedlock, Ashoka Mukpo, raised by Chögyam, who is also considered a reincarnated Tibetan lama.​

Ashoka states on his blog about his father, “I believe from the bottom of my heart that we will be unpacking his life and teachings for a thousand years.”​​

Diana wrote a book entitled, “Dragon Thunder: My Life with Chögyam Trungpa”, which details the challenges and triumphs living with the Buddhist master. While remarkable, their marriage wasn’t all malas, mantras, and magic.

In 1974, Chögyam Trungpa Rinpoche founded Naropa in Boulder CO, the first Buddhist-inspired university in the United States. Chögyam’s books are published by Shambhala Publications and is not affiliated with Shambala International or Naropa University.

To many Buddhists, Chögyam Trungpa is known as a profound and enlightened Buddhist master. He is also one of the most influential spiritual leaders of our time. His books and lectures are considered essential teachings on meditation and Buddhadharma.

“We Do Not Have To Be Ashamed Of What We Are. As Sentient Beings, We Have Wonderful Backgrounds. These Backgrounds May Not Be Particularly Enlightened Or Peaceful Or Intelligent. Nevertheless, We Have Soil Good Enough To Cultivate; We Can Plant Anything In It.”
― Chögyam Trungpa

Chögyam Trungpa Rinpoche’s work is vast and profound, so please do not allow this short list to limit your exploration of his work.

Here are a few highlights among his remarkable publications:

It’s impossible to encapsulate the writing of Chögyam Trungpa in a few quotes, but here are a handful of his thoughts that might inspire an opening of heart and mind:

The Wild Side Of Chögyam Trungpa

It might be said that every master who can see through the veils of reality might also enjoy an occasional, secret dip into the most human enslavements.

To boot, any great re-imaginer and re-presenter of ancient texts are bound to cross lines that most of us would consider sacred. Whether the crossing of these lines is inconsistent with the path leading to liberation is up to the reader.

Chögyam taught many students to explore their wild natures so that they could know their passions, depths, and limits. He encouraged others to seek authenticity in pursuit of knowing their gifts, values, and uniqueness. Given the wide berth he gave his followers, Chögyam may have imagined that each soul would eventually tire of these mundane activities and seek the divine.

Chögyam Trungpa loved to engage elite and revolutionary writers, artists, and thinkers. His students included the famous author Of Mice and Men, John Steinbeck, and the lovely Joni Mitchell. He also spent time with the voice of the Beat Generation, Allen Ginsberg, and poets W.S. Merwin and Anne Waldman, among many others.​

It was said that Chögyam Trungpa enjoyed drinking alcohol, and on occasion, used cocaine. Some have said that they would not recommend becoming a student of his due to his narcissistic and sexual tendencies. Chögyam’s wild side could be challenging, off-putting, and potentially dangerous, if not harmful to others.

When we dance with the pains, perilous thoughts, and behaviors of humanity, either as a writer, artist, or teacher, we begin to see that every vice is akin to the others. Over time, the collection of human vices becomes a collage, each one fading into the next. There is no reason to judge one vice over another, except in the harm that it might engender to ourselves and others.

There have been other accusations against Chögyam Trungpa, including sexual liaisons, consorts, and the like. While we cannot know the depths of pain that Chögyam may have inspired in others, we must realize that not all teachers are as pure as they portray. If we weren’t present to the mayhem, we might never know the truth. Chögyam said, “You shouldn’t imitate or judge the behavior of your teacher, Chögyam Trungpa Rinpoche unless you can imitate his mind.”​

It might be said that Trungpa enjoyed provoking people, even shocking them, out of their attitudes, masks, apathy, and aloofness, with the hope that they might seek expansion and liberation.

“My Devotion And Gratitude To The Vidyadhara Know No Horizon For Bringing Us The Blessings Of Our Lineage, Which Continue To Inspire Me To Be A Genuine And Compassionate Human Being. It Bears Remembering How Difficult It Was For Him To Transmit That Lineage, And What An Integral Part Of His Heart And Mind It Was. I Have Great Faith That We Are In A Special Moment Right Now; May The Memory And Legacy Of Chögyam Trungpa Rinpoche Guide Us.”
— Ashoka Mukpo, Journalist, Photographer, and adopted son of Chögyam Trungpa

When high-profile, spiritual leaders repeatedly make mistakes that hurt others, it’s usually the sign of something much deeper and more problematic, not only within the individual but also within the related organization.

Born Sawang Ösel Rangdröl Mukpo, Mipham Rinpoche, also known as Sakyong or King, is the leader of one of the most expansive Buddhist organizations in the world, known as Shambhala International, which includes over 220 centers, groups and gathering halls in over 50 countries. It was initially founded under a different name by his father, Chögyam Trungpa. Sakyong Trungpa is Chögyam Trungpa’s son and spiritual heir in this life.

Chögyam imparted profound Buddhist teachings to his children but may have imbued his son with sexual and mischievous ideas and behaviors, along with other related dependencies and complications. It is impossible to know what was transmitted, transmuted, and consumed into Sakyong Trungpa.

It appears that the teachings of Chögyam Rinpoche are getting a second life. Choseng Trungpa has born as the 12th and current Trungpa Tülku on February 6, 1989, in eastern Tibet. Enthroned at Surmang Monastery, where his father Chögyam Trungpa was the most recent abbot, Choseng has been officially recognized as the reincarnation (reemergence into a new life through birth) of Chögyam Trungpa.

It’s True: In Life And Death, What Comes Around, Goes Around!

Paul Wagner is an Intuitive-Empath, clairvoyant reader, and a 5-time EMMY Award-winning writer. He created “THE PERSONALITY CARDS,” a powerful Oracle-Tarot deck that’s helpful in life, love, and relationships. Paul studied with Lakota elders in the Pecos Wilderness, who nurtured his empathic abilities and taught him the sacred rituals. He has lived at ashrams with enlightened masters, including Amma, the Hugging Saint, for whom he’s delivered keynotes at Her worldwide events.

Paul tours the world lecturing on spiritual liberation. He lovingly offers intuitive readings and inspirational coaching to help others with self-discovery, decision-making, healing, and forgiveness. Book a session with Paul: HERE