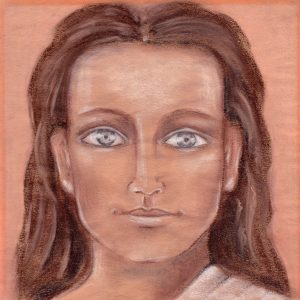 The most magical, mystery tour imaginable might be a holy trek to the Himalayas, in search of the eternal Kriya Yoga master known as Mahavatar Babaji, or Babaji, an incarnation of Krishna.​

It has been recorded that this immortal yogi transferred the ancient Kriya teachings to thousands of initiates, working behind the scenes, and without their conscious knowledge of his transmissions.​​

Having achieved a high level of spiritual awareness and superpowers, Babaji was and is a great Siddha. Within each of several lives, he overcame a long list of human and spiritual limitations, on his eternal quest to help humanity evolve.​​

Few have seen the great Kriya master, yet many have claimed that he is the holy Being that gave birth to their devotion and spiritual lineages.

According to ancient legend and tradition, Babaji was born in 203 AD, to two Nambudri Brahmins, in a village known as Parangipettai, in Tamil Nadu, India. Babaji’s father was a Shiva devotee and Hindu priest. Mahavatar Babaji’s birth name was “Nagaraj,” which translates to “Serpent King,” a reference to the energy “snake” of Kundalini.

After being kidnapped and freed at the age of 5, Babaji sought the Kriya Kundalini Pranayama teachings from Agastyar, the revered and holy Vedic sage and scholar of Hinduism. Nagaraj soon moved to Badrinath, where he surrendered his ego and gained initiation into divine service.

Kriya Yoga Comes Back To Life

In his Yoga Sutras, Patanjali defines Kriya Yoga as, ”the constant practice of and cultivation of detachment, self-study, and devotion to the Lord.”

Kriya meditation and yoga techniques have been around for thousands of years but were kept a secret to protect their purity. These techniques were utilized by Jesus Christ and his disciples, the Buddha and his followers, and Arjuna, the most powerful archer in history, as noted in the ancient Indian epic, Mahabharata. Arjuna and Krishna’s dialogue is found in the Bhagavad Gita.

Kriya Yoga was reinitiated into the physical world in 1861 when spiritual initiate Lahiri Mahasaya asked Babaji to be his guru. In return, Babaji transmitted to him the ancient and powerful knowledge of Kriya Yoga.
Sri Yukteswar, one of Lahiri’s disciples, requested the Kriya transmission from Mahasaya Lahiri, and it was granted. Paramahansa Yogananda was one of Sri Yukteswar’s disciples, who received the Kriya teachings when he was in his 20’s.

During a meditation in his home, Yogananda sought Babaji for reassurance in his quest to take Kriya Yoga to the west. Babaji appeared to him, gave him the assurance he needed, and then disappeared.
Describing Babaji’s eternal role here on earth, Paramahansa Yogananda wrote, “Babaji is well aware of the trend of modern times, especially of the influence and complexities of Western civilization. He realizes the necessity of spreading the self-liberation of yoga equally in the West and the East.”

Babaji promises to guide all Kriya Yogis on our quests toward liberation.

The small, humble village in the Himalaya Mountains known as Badrinath, in Uttarakhand, India, has long been considered the home of Babaji. The large temple in the town, The Temple of Badrinath, is regarded as an eternal doorway to Babaji, through his prior incarnation, Narayan. Hundreds of thousands of people visit this site every year to chant his name.

Adi Shakira, a late-7th-century philosopher and theologian, and the yogi who consolidated the Advaita Vedanta doctrine is credited with reestablishing Badrinath as a holy site and preeminent stop on any pilgrimage. Adi compiled the main concepts of Vedanta which formed the basis for today’s Hinduism.

Yogis of the Himalayas who wish to connect with Babaji will faithfully pray to Narayan at this magical temple. They chant the names Narayan, Babaji, Krishna, Babaji-Krishna and Babaji-Narayan hoping to receive their blessings.

As noted in the Bhagavata Purana, ”There in Badrikashram, the supreme being, in his incarnation as the sages Nara and Narayana, had been undergoing great penance since time immemorial for the welfare of all living entities.”

This is a reminder of a true Yogi’s sadhana in Amma’s (The Hugging Saint’s) mantra, “Lokah Samastah Sukhino Bhavantu,” which translates roughly to, “May all the Beings in all the worlds be happy.”

“Whenever Anyone Utters With Reverence The Name Of Babaji, That Devotee Attracts An Instant Spiritual Blessing.”
— Paramahansa Yogananda

How Do I Invite Mahavatar Babaji To Appear

As with all eternal masters, they might appear to us when we truly need it. Only they know what our soul requires for liberation.
Consider these ideas in your pursuit to merge with the eternal nature of Babaji:

Even if we do not experience visitations of spirit, when we seek the eternal light in specific forms, we will undoubtedly receive their essence in the forms of joy, light, love, and peace.