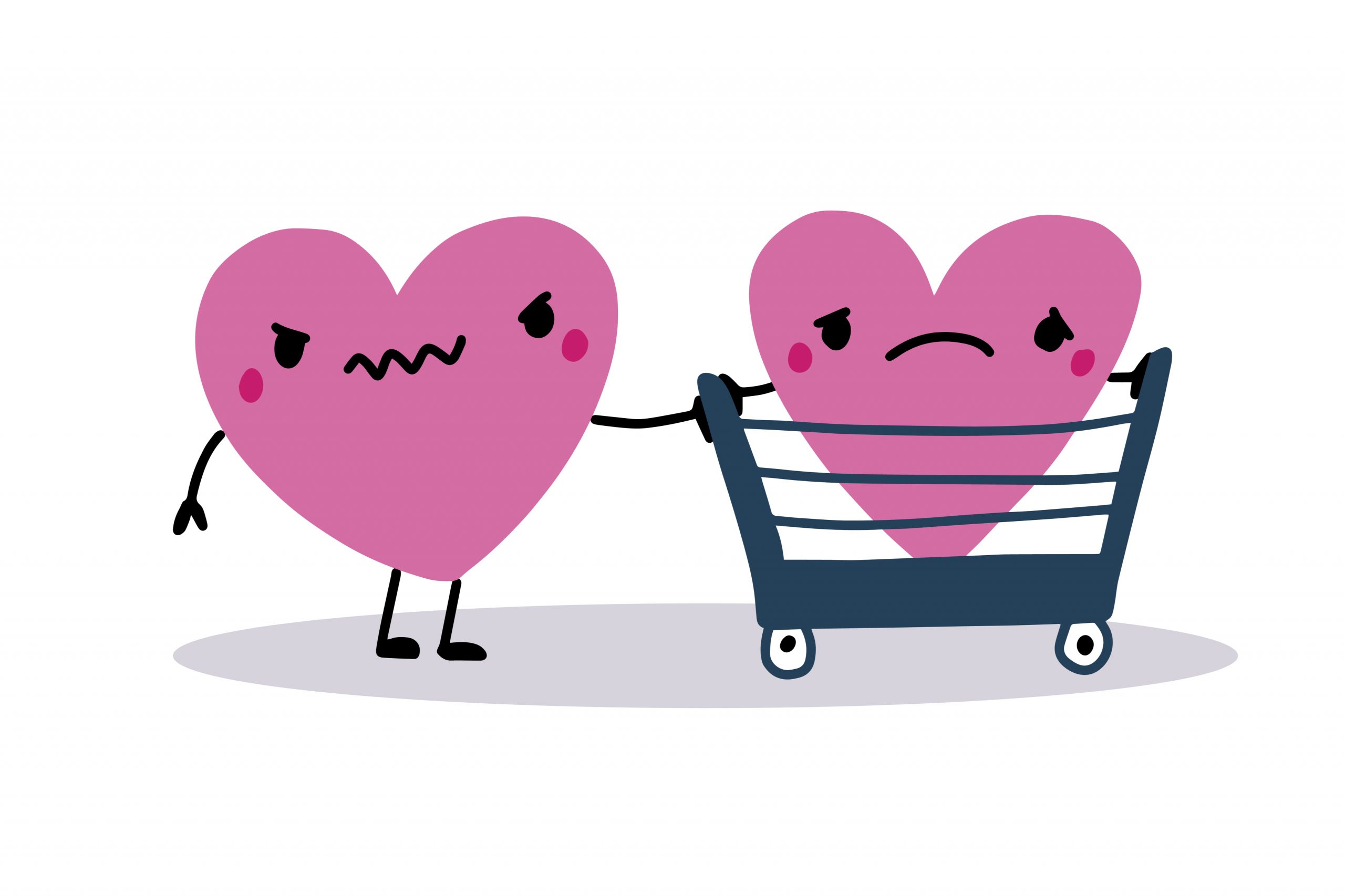 Our primary relationship is not with any individual, it’s with the Universe. The transcendent self is eternal.

Many of us are afraid to be spiritually, emotionally, and psychologically liberated. On the surface, it appears to come at such a cost. When releasing codependent patterns, we know that our relationships will change, and our businesses will shift. In pursuit of liberation, our lives can transform to such a degree, they might be unrecognizable, at least for a while.

What Happens When We Release Codependency?

When we release codependency from our lives, relationships, and businesses, everything becomes more clear. We empower ourselves and others to be interdependent, where each participant healthfully and confidently maintains their own temporary self-identities.

As we release codependencies, we might fear losing prior relationships, but what usually emerges is greater clarity in these connections and a more evolved individuation. Certainly, things will change, but always for the better.

In the meantime, we clean up energy pockets, paradigms, and processes that formerly reduced our self-esteem, market value, client reviews, revenue, and abilities to be truly effective.

In the pursuit of a non-codependent life, we may fear becoming so different that we won’t recognize ourselves or our loved-ones. In the end, we do become different. And so do our projections onto others. This up-level is an improvement for the Universe.

When we move away from codependence:

• We stop carrying other people’s baggage.

• We stop living in accordance with other people’s jealousy.

• We begin to reject other people’s limiting projections on us.

• We no longer fret over what other people think about us.

• We stop limiting ourselves so that others feel comfortable.

• We stop blaming ourselves for other people’s failures and deceit.

• We stop falling when others fall. We stop failing, overall.

It’s not easy, but when we relinquish codependency, we up-level our entire ecosystem. Doing so, we give others the chance to choose liberation over their prior limiting behaviors and paradigms.

When anyone releases codependent behaviors,

As we inch closer to a lasting clarity, we might grasp at some of the relationships in our lives. We might attach to temporary, contrived meanings and take several steps backwards. In the process of pursuing liberation, we might even slam the door in its face.

What does it mean to be liberated?

Liberation is the release of our binding and limiting attachments to our attitudes, stories, minds, emotions, relationships, temporary self-identities, physical realities, and all of the extrapolated illusions that are born from them.

Liberation is an immersion in the eternal,

a highway without pitstops.

Generally, as we evolve and release our codependence, stories and attachments, it’s common to find that many relationships begin to evaporate into the horizon, much like any dream. What emerges is a more resilient Self-identity founded in eternal truths versus societal constructs, fairytales, and fabrications. This can happen with our lovers, spouses, businesses, and more.

The liberation path eventually extinguishes our addictions to codependence and our needs for approval from others. In its wake, we begin to reflect on Self as it is, not as a comparative to others, or as a reflection of our temporary positions in other people’s lives.

Eventually, the concept of maintaining relationships becomes superfluous. Since the universe always brings to us people and events that are magnetically aligned with our temporary self-identities and vibrations, we needn’t worry about maintaining relationships. These connections will work out in accordance with the revised clarity and energetic dissonance between us.

In the process of liberating ourselves, the Universe honors who we have become and are becoming. In so doing, it allows our prior relationships to either up-level or evaporate. Throughout the processes inherent in liberation, and the release of all codependence, all parties are recalibrated according to their revised self-identities and vibrations. All is well.

Our primary relationship is not with any individual.

It’s with the Universe.

In the pursuit of the eternal, everything eventually falls into place, in its own time. It’s like planning a road trip. You can’t venture to Vancouver without a vehicle. The pursuit of transcendent liberation is the vehicle for the up-leveling of your life, paradigms, perspectives, attitudes, and temporary self-identities. It’s the only vehicle that can carry the truth of the all-that-is and grant you access to it.

Be clear with what you want. Allow insecurities and misconceptions to move through you and outside of you. Don’t use your fears around codependency as your excuses to avoid transformation.

Stop defending lies. Practice recognizing your potential and celebrating your pursuit of it.

“Be bold and mighty forces will come to your aid.”

Yes, divine intervention is real and palpable. But we must take the first step.