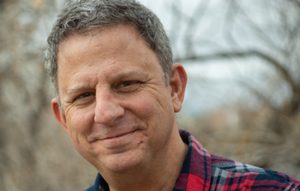 We are each a collection of vibrations. We are truly light and sound. When we take into account that light and sound are born from the mathematics embedded in the fabric of the Universe, we realize that numbers are little, living Beings! Each number has its own personality and vibrancy. Every number is unique and carries its own magnetism and value.

In determining the pricing for my services and products, I am always including numerology in my exploration and final decisions. I want every aspect of my site and services to reflect the nature of my intentions. I hope this is helpful!

“When our spirits begin to form intentions, they cannot be described in words. They have no barriers to entry into the vibrational fields of reality. This makes intention extremely powerful and potent.” (Read more from Paul)

The Numerology Behind My Offerings

My rates were selected because of how my intentions line up with their related numerology. In my prices, you’ll find many of the following numbers (see if you can find them all!):

The number 108
108 is one of the most sacred numbers. It shows up in nature and in our universe in hundreds of ways.

The Number 0
Zero is the number of birth. It is actually the absence of numbers, but also refers to our continual ability to birth and rebirth in the midst of the abyss. Zero brings hope and reminds us that we are infinite, unlimited, and eternal Beings.

The Number 1
The number one is the go-getter. It serves as a proactive force for new endeavors. This number represents newness, movement, opportunity, confidence, and action. It also speaks to co-interdependence. The number one empowers us to take control of our future paths and embrace changes & new beginnings.

The Number 2
The number two embodies simple partnerships, romance, grace, and symbiotic empowerment. It is cooperative, a bringer of balance and peace, and possesses highly sensitive and helpful intuition, harmony, and teamwork. It also brings with it the gifts found in the hearts of mediators.

The Number 3
Youthful, positive, and possessing a zest for life, the number three is eager for interaction with others and skilled in communication. The number three embodies unique thinking, creative expression, and the ability to convey abstract ideas and find solutions others may miss. Three also signifies a couple’s partnership with the divine, the uniting of the masculine, feminine, and eternal consciousness. 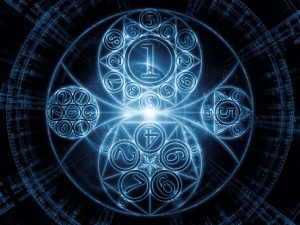 The Number 4
Strength, efficiency, and stability exemplify the energy that surrounds the number four. This number generates a hard-working, no-nonsense, dependable environment. It also denotes a dependency on being human, including communication, desires, and earthly fulfillment. The number four is an earthly number. When found with nines and threes, four helps the concept to merge divinity with reality.

The Number 5
Five is an auspicious number. It is built upon two pairs of powerful entities whereby you, the receiver, are standing on their shoulders, rising above the rest. This number speaks to manifestation, partnership, and birth. It often declares to the Universe that money is headed your way.

The Number 6
The number six is full of all the warm fuzzies. It yearns to live in selfless, compassionate service to others. Six is the number that emanates heart energy and the deepest empathy. It brings with it unconditional love and the ability to support, nurture, and heal.

The Number 7
Seven is often associated with luck, but it goes deeper than that. Seven speaks to the perfect set of influences required to give birth to an idea.  For example, The Seven Gifts Of The Holy Spirit and the seven digits in local phone numbers. Both of these point to how things are made to manifest in specific realities. The number seven also sounds like the Mandarin word “deceive,” which might cause the number to vibrate in a negative swirl. Be careful, mindful, and intentional with the number seven.

The Number 8
Eight is the number of success; it is the luckiest of all numbers! Its energy allows you to achieve your goals and operate with good business sense. Eight is also a very karmic number—for every blessing it receives, it places another blessing out into the universe.

The Number 9
One of my favorite numbers! It represents the height of spiritual intention and purpose. The number nine also encapsulates completion and eternal flow, but not finality. Nine represents the ending of one cycle which naturally allows another to begin. There is no death, only a cycle of rebirths. The number nine is compassionate, kind, and proactive. It allows those who tap into its powers to create the greatest good with emotional intelligence, wisdom, strength, deep resolve, and awareness.

I hope you’ve found this little overview both interesting and enlightening! If you’re feeling extra curious, head on over to my blog for more juicy tidbits of knowledge.