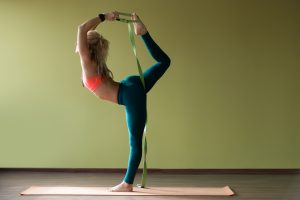 As trendy as yoga has become, when it’s properly practiced it can help earnest people release physical and emotional toxins, and reach deeper levels of clarity and self-realization. Improperly practiced or bastardized, yoga becomes nothing more than an ego-serving, adrenaline-inducing exercise.

While there are many social-experimenters in the US and UK offering varieties of classes involving Party-in-Your-Pants Yoga, B.K.S. Iyengar, and his Iyengar Yoga are the real deal, both grounded in spiritual truths and ancient texts. While some of Iyengar’s followers and teachers may come from a more egoistic state than their master, Iyengar’s teachings have endured the tests of time and dilution. They remain profound and penetrating.

“My Body Is My Temple And Asanas Are My Prayers”
— B.K.S. Iyengar

Bellur Krishnamachar Sundararaja Iyengar’s career spanned eight decades, during which he developed and taught a unique version of Hatha Yoga. Hatha was founded in the early 10th century by Matsyendra, the yogi-saint known to be an incarnation of Avalokiteśvara, who has been honored in both Buddhist and Hindu traditions.

Iyengar’s style focused on correcting alignment through the precise performance of yoga postures (asanas). This “new yoga” was the first popularized form that utilized benches, blocks, belts, sandbags, blankets, and other tools within the practice. This was not only revolutionary, but it also opened the doors for people with physical limitations to correctly perform the asanas without hurting themselves.

Hatha Yoga was originally an extension of Tantra, the celebratory practice of physical and spiritual fusion of masculine and feminine aspects. With specific poses aimed at raising the kundalini or “life force,” Tantric aspirants were enveloped in blissful unions with the eternal consciousness of the cosmos. Tantra, as it’s practiced today, can be exciting, transformative, and yet challenging to master. It can also become addictive and inspire ongoing sexual promiscuity, which can detract from living a balanced, love-based life.

Have no doubt, yoga awakens our most coveted aspects, including our sexual prowess. This is why some yoga masters become sexual predators or at least sexual experimenters. The lure of multiple partners can be enticing and overwhelming, and eventually intoxicating.

But if we consider that most yoga asanas were designed to awaken the flames within us, how can we find faults in our desires, addictions, and yoga teachers? Sexual expression and healing have always been intertwined with the tenets of yoga. Eventually, it comes down to taking responsibility for our projections, and enjoying the outcomes, whether they result in disaster or bliss. Remember, there is no “other.”

“Yoga teaches us to cure what need not be endured and endure what cannot be cured.”
— B.K.S. Iyengar

While it used to be an honor to be invited to study yoga, today, anybody can wander into a gym and sign-up for classic forms of yoga. Gym and yoga studio members can also engage with the more hipster versions of this ancient rite, including “Rage Yoga,” Metal Yoga,” and “Sailor’s Mouth Yoga,” the latest forms designed to massacre the ancient texts with ego and attitude. There’s even a USA Yoga Championship and The International Federation of Sports Yoga. Hooray!

While these concepts are exciting and potentially fruitful for their followers, they have nothing to do with the original yogic disciplines. Yoga is not a sport or a hobby. It’s a spiritual path that can lead to awakening. And while you might feel joyful, accomplished, and self-validated when competing, copping attitudes, or slamming shots of Jäger after downward-facing-dog, these activities tend to be more self-aggrandizing than transformative.

The Basics of Iyengar Yoga

Iyengar Yoga requires discipline as it strives to unify the body, breath, mind, and soul. What also makes Iyengar Yoga unique is that it focuses on learning and experiencing rather than pushing through a list of poses in one sitting. It’s all about quality instead of quantity. While this style of yoga veers from the traditional flow of Hatha Yoga, it’s equally calm, gentle, and mindful. While the practice of Iyengar Yoga does not require its students to adopt any set of beliefs, it follows this teaching to its core:

“Let us bow before the noblest of sages Patanjali, who gave yoga for serenity and sanctity of mind,

grammar for clarity and purity of speech, and medicine for perfection of health.”

BKS Iyengar authored many books on yoga, including “Light on Yoga,” which sold over 3 million copies, and became an international best-seller, translated into 17 languages. He also authored 13 additional books, including “The Tree of Yoga,” “Light on Pranayama,” “Light on the Yoga Sutras of Patanjali,” and “Light on Life.” Although he was a profound teacher and master, he never required his students to follow his personal, religious traditions. In fact, he would encourage them to remain devout to their birth religions and cultures, the sign of a true spiritual master.

The BKS and Ramamani Iyengar Family

Married to BKS in 1943, Iyengar’s wife was a humble, loving woman named Ramamani, for whom he later opened The Ramamani Iyengar Memorial Yoga Institute in Pune, India. During their loving marriage, Ramamani gave birth to five daughters and one son. Their children Geeta and Prashant continued the Iyengar Yoga legacy by becoming internationally-known teachers and authors.

Throughout her life, Geeta (1944-2018) focused on yoga for women and published “Yoga: A Gem for Women.” Prashant authored several books on yoga and served as director of the Ramamani Iyengar Memorial Institute for many years. It is said that Iyengar’s and Ramamani’s other children Vanita, Sunita, Suchita, and Savita, led more secular lives. Yet, the lineage continues: Abhijata Sridhar Iyengar, their granddaughter, continues to each at the family’s institute in Pune, and in other countries.

While many yoga masters fall under the tutelage of a guru very early in their lives, Iyengar did not hear the calling until his brother-in-law invited him to a class when he was 15. Not only was his brother-in-law a respected teacher of yoga, but Tirumalai Krishnamacharya is also often referred to as “The Father of Modern Yoga.”

“There is a universal reality in ourselves that aligns us

with a universal reality that is everywhere.”
— B.K.S. Iyengar

BKS Iyengar lived a fascinating life. Born in a poor village in Karnataka, India, he was the 11th child of 13. After contracting influenza during the pandemic that ravaged his hometown, the young BKS was never the same. Before reaching adulthood, he was stricken with malaria, typhoid fever, poor nutrition, and bouts of tuberculosis.

By the time he was 15, he was ready for a change. Beckoned by his famous brother-in-law, the yogi Sri Tirumalai Krishnamacharya, Iyengar moved to Mysore, India, and spent two years devoutly practicing yoga asanas. In 1937, when Iyengar was 18 years old, Sri Krishnamacharya ordained the young man as a yoga instructor and sent him to Pune to spread the gospel of asanas.

During the time of his study with Sri Krishnamacharya, the young Iyengar struggled. Since he neither showed spiritual promise or was a favored student, Iyengar was often assigned to the drudgery of household chores. Because of this, his relationship with Sri Tirumalai Krishnamacharya was often strained.

While some students were given lighter exercises and less stringent schedules, Iyengar was taught a series of difficult postures, often being instructed to fast until he mastered specific asanas.

After teaching yoga for many years, Iyengar felt called to teach in other parts of the world. He spent time in Switzerland and Europe teaching violinist Yehudi Menuhin. Back at home, Iyengar taught celebrities Jiddu Krishnamurti and Jayaprakassh Narayan. He also taught the Queen of Belgium how to do a headstand, and writer Aldous Huxley and actress Annette Bening to perform his unique asanas. Iyengar continued to teach and lecture through to his death on August 20, 2014. He was 95 years old.

“Be inspired but not proud.”
— B.K.S Iyengar

“It is through your body that you realize you are a spark of divinity.”

“Breath is the king of mind.”

“Yoga is like music. The rhythm of the body, the melody of the mind, and the harmony of the soul creates the symphony of life.”

“Yoga does not just change the way we see things; it transforms the person who sees.”

“There is no difference in souls, only the ideas about ourselves that we wear.”

As an Indian national hero, Iyengar’s government awarded him several prizes, including “The Padma Shri” in 1991, “The Padma Bhushan” in 2002, and “The Padma Vibhushan” in 2014. These accolades were heard around the world. In 2004, Time Magazine named Iyengar as one of the 100 most influential people in the world. In 2005, the San Francisco Board of Supervisors declared October 3 as “B.K.S. Iyengar Day.” In 2011, Beijing’s China Post honored this prolific writer and teacher with a commemorative stamp.

More recently, the Oxford Dictionary recently defined the noun “Iyengar” as “a type of Hatha Yoga focusing on correct alignment of the body.” On December 14, 2015, Google honored what would have been Iyengar’s 97th birthday with a Google Doodle, a digital animation that was shown on browsers in India, North America, Europe, Russia, and Indonesia.

A true master of yoga, BKS Iyengar continues to inspire millions of people to improve their postures, health, happiness, and souls through his uniquely profound Iyengar Yoga.