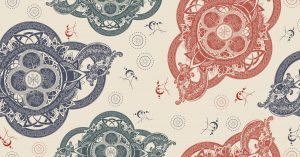 Prayers to the viking gods are more akin to prose and poem than prayer. They also require action, in the forms of rituals. This is why I suggest so many rituals on my website – these are powerful ways to transform ourselves. When we perform rituals with the purest of intentions, we create protected, high-vibration portals that connect us with all positive aspects and trajectories within our spacetime arenea. Doing so, we invite all Goodness throughout all spacetime to join us in our endeavor.

As a Viking, you would want to inspire the Viking Gods to hear you and see you – and eventually take a specific action in your life. By chanting their names and declaring your hopes, you awaken the Gods to come to your aid and fulfill your dreams and ambitions.

BE BRAVE! Call out to the Viking Gods and make your humble request. They are listening!

Here are some beautiful Viking God poems found on a lovely and informative pagan website. These samples were written by Diana L. Paxson in this article.

Calling to the Viking Gods is our right. After all, they somehow earned their status among us. Having lived human lives merged with their divine skills, they know what it feels like to love and bleed. Calling them into our lives can enhance our sense of power and help us bring to life our desires. 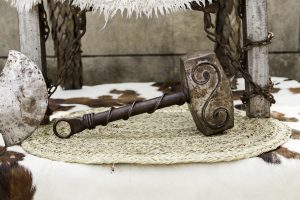 Thor, the mighty Viking God warrior, was (is) so powerful, he was able to bring to life his divine tool, the hammer known as Mjollnir (or Lightning). He used this hammer to protect his Asgard from the giants.

Freya, the Viking goddess of the birds, used her falcon feathers to shape a falcon to help her protect her people.