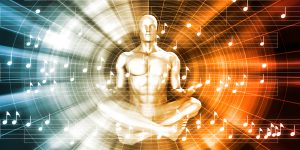 Isochronic Tones are the rage. A Shutterstock Licensed Image.

The brain is experiencing quite the renaissance as of late. Not only has brain research become more easily accessible and immediately applicable, but the implications of the latest research are pointing to a wonderful outcome: we now know that specific locations in the brain can be pinpointed, accessed, addressed, flooded with light to heal symptoms, and healed through the emission of sound.

What’s even more compelling is that several categories of brain research are inspiring the creation of accessible and wearable technologies that can help soothe and heal the brain, along with other parts of the body. The brain is no longer an anomaly. It’s now scientifically proven that when the brain is nurtured by light, sound, and frequencies, it passes that healing along to the whole system.

“If You Want To Find The Secrets Of The Universe,
Think In Terms Of Energy, Frequency, And Vibration.”
– Nikola Tesla

It’s All About Light & Sound

Sound therapy has come a long way since its new-age hippie roots. Sound Therapy is now utilized by a variety of global organizations and businesses. This includes business offices, hotel chains, medical facilities, universities, and a variety of treatment programs, as an effective treatment to alleviate pain and depression, lower blood pressure, overcome feelings of stress, improve learning, improve balance, and promote physical and mental endurance.
According to the Mayo Clinic, light therapy treats seasonal depression and other conditions by exposing a person to artificial light. During light therapy, the individual sits or works near a device called a light therapy box, which comes in a variety of forms, shapes, and sizes.

If you’re into frequencies and healing through sound and vibration, you’ll want to research everything you can about Sound Wave Therapy. It’s not only healing sleep deprivation, it’s been reported to improve focus and take the edges off depression. Within Sound Wave Therapy is audio-based brainwave entrainment (or just brain entrainment), which has become one of the hottest topics in transformative technology.

Brain entrainment is a simple idea with remarkable implications: communicate with the brain using audio and light, and the mind and body will respond. After all, each of us is comprised of light and sound. Many believe that, over time, this therapeutic category will also be responsible for healing a long list of physical problems, although scientific research is at an early stage.

“If you look at the anatomy, the structure, the function,
there’s nothing in the universe that’s more beautiful,
that’s more complex, than the human brain.”
– Keith Black (Discover magazine, April, 2004)

What Are Isochronic Tones?

If you’ve heard of binaural beats, you may have learned about its younger cousin, isochronic tones. These tones are defined by a single tone being turned on and turned off in rapid successions, like pulses. Imagine putting on a headset and listening to regular beats of a single tone. This is known as isochronic.

While it might sound monotonous, if done correctly and if emitted within the most successful parameters, listening to this simple set of sounds can reduce your stress, boost your immune system, and help you achieve a meditative state. Isochronic tones are part of a compelling trio that also includes binaural and monaural beats.

What Are Binaural Beats?

What Are Monaural Beats?

According to several scientific trials, isochronic tones and binaural/monaural beats alleviate pain and reduce stress. Given that these modalities are helpful to people who have challenges sleeping, in some circles, they are affectionately known as sleep tones and sleep beats.

What Is Transformative Technology?

The definition of “transformative technology” has evolved. While it was once a fairly nebulous term related to different facets of everyday life, it’s now more pinpointed toward the idea that as we create and evolve new technologies, we must consider the lives, hearts, and minds of every species on planet Earth. Transformative technology now lives at the intersection of robotics, artificial intelligence, and the evolution of consciousness.

A leader at the intersection of tech and consciousness, and the co-founder of The Transformative Technologies Conference, Rui Ma has a mission. She recently shared, “…competence, autonomy and psychological relatedness are basic psychological needs that are necessary for well-being. Another concept

I’m fascinated by is beneficence – or the sense of being able to give to others. We have theories on what makes people flourish, not just what their systems “want,” but what we know are core psychological needs for people to lead a “good life”. What if we built companies around that?”

There is a new wave of tech being birthed, known as transformative technologies. This category has come a long way. When it started in the late 1990s, the yield was poorly developed contraptions that made outlandish promises including brain growth, healing cancer, and doubling the IQ. It was a lot of snake oil backed by fascinating, abject hyperbole. Transformative technology’s early origin gave it a poor reputation and nearly broke it.

More recently, science has stepped in and started punching holes in the ideologies behind this category of theories and products, not to dismantle it, but to improve upon it. What they’re finding is that the premises behind transformative tech are not so penetrable. Since healing technologies are becoming more grounded in reality, science has changed its tune. It’s now more easily proven that light and sound can positively affect (heal) the mind and body.

What’s On The Horizon?

We know that the brain is not only fragile but also responsive and sensitive to external input. Its function is not solely information storage and retrieval. The brain can be accessed and healed through unique codes comprised of sound and light.
If science and light/sound technologists can work together to quickly iterate on theories and accessible technologies, we might learn that the brain is a key variable in the healing of some of our most elusive abnormalities and diseases.

We are at a pivotal point in the history and potential trajectories of technology. Until recently, consciousness and technology have evolved on two separate, independent tracks. If we can align them, if we can encourage deep and advanced dialogues between them, we will see immeasurable advancements in the human condition.

When this occurs on a global scale, technology will be of service to humanity, rather than the other way around.