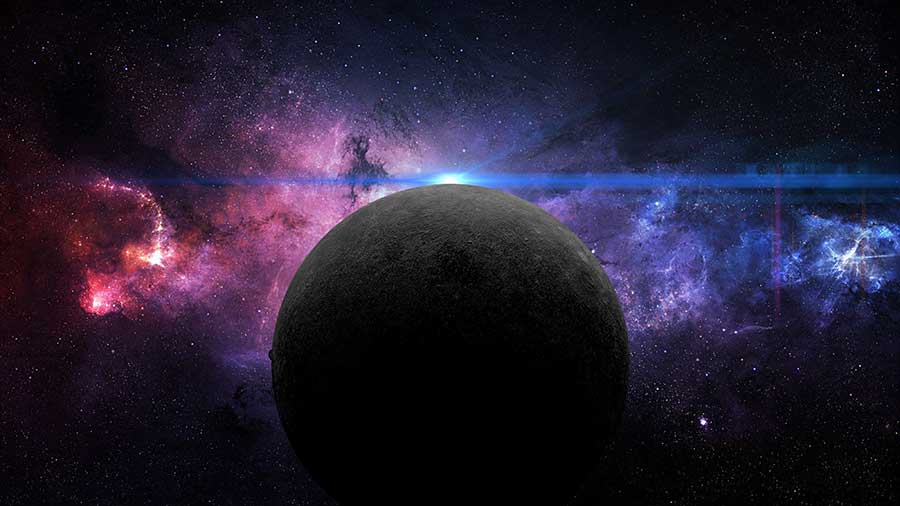 If you travel in new-age styled circles, you’ve heard of Mercury Retrograde. If you listen to most of the folks preaching about this unique cycle, you might think these are dangerous and horrible events. They’re not. Mercury Retrogrades tend to be wonderful for pausing, reflecting, writing, depending ourselves, and expanding our most creative projects.

What is a Mercury Retrograde?

As science tells us, all of the planets in our solar system orbit the Sun at various speeds and unique distances. Mercury Retrograde is when the planet Mercury appears to shift directions as it orbits the Sun. This is only an optical illusion because of the position Mercury in relation to our position on Earth.

It’s not really changing direction. It never changes direction or goes in reverse. It just appears that way.

As planets rotate around the sun, they are all at unique distances from the Sun and each other. When one planet is nearer to the Sun than a second planet, it might appear to pass the second planet in its rotation. This is what creates the illusion, possibly appearing that the second planet is going backward. This Retrograde concept is how the ancients saw this phenomenon.

Mercury goes retrograde 3-4 times every year, going into this phase more than any other planet. Every Mercury Retrograde lasts roughly a month, yet we will also want to consider the “shadow periods,” which run about 1 week prior and 1 week following the retrograde. These shadow periods are when the energies are either forming or dissolving.

A Mercury Retrograde, or any planetary dynamic is how The Eternal Consciousness rejuvenates, regenerates, and re-stimulates the energies throughout the cosmos. We are, after all, made of stardust. It would make sense that we would feel the shift as planets move around the Sun.

Many feel confused and even dizzy during a Mercury Retrograde. Some feel like a completely different person living a completely different life. You might feel like you’re personality has changed some or you might feel like you’ve somehow become a Super-Intuitive Psychic  and Super-Healing Superhero! You might also feel somehow defeated during the shadow periods or during the majority of the retrograde. It all depends on how deeply tuned you are to your true nature.

Retrogrades can cause a lot of problems in relationships, even between soulmates, because somehow communication becomes a little more emotional or less specific. This creates the confusion that many might feel during these times. The confusion is generated by the disparity between who you truly are and you are pretending to be.

Most of make decisions and live our lives from a temporary self-identity – one that we contrived in order to sustain our ego-related goals and satisfy our temporary desires. When we’re confronted with a shift in universal dynamics with the planetary system we live within, we are basically confronted with our true nature.

Within that experience, we might run from what we created during our pre-retrograde lives or run head-first into experiences that are born from a whole other set of contrivances – ones based on our warped sense of creativity, our inner-feminine aspects, or our secret, unprocessed desires.

We are complex to say the least.

I LOVE Mercury Retrogrades. They’re wonderful for getting back in touch with aspects of yourself that either fell by the wayside or that you neglected for one reason or another. The downside of retrogrades are often overplayed and over-exaggerated. This is because the new-age scene loves to crank out hilariously insane content that tends to create more fear than anything else.

Btw, the new-age movement is a weak, spineless ego-realized collective that over-accentuates the feminine and devalues the masculine. It’s a warped scene.  The new-age encourages people to build narcissistic self-identities instead of promoting spiritual discipline. It’s all about how you look and feel – and who you pretend to be – instead of knowing yourself, loving yourself, being authentic, and going within. New-agers love selfies while donning Prana pants and faux-light makeup. And they love talking about how spiritually evolved they are. It’s so sad!

It’s the perfect time to:

But wait, aren’t we all connected to the Divine? Aren’t we able to surpass all the limits a retrograde might present? Yes, but even Superman had issues with kryptonite.

In all things: Be Happy. Be Peaceful. Encourage the same in others. You are truly an infinite Being. Live according to this idea and life will flow accordingly.