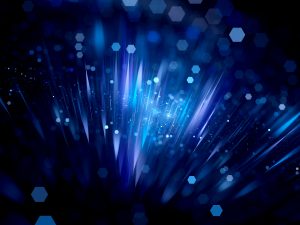 A heated Cold Fusion debate has brewed since the 1980s when the University of Southampton’s Martin Fleischmann and University of Utah’s Stanley Pons examined the electrolysis of heavy water on the surface of an electrode. They wondered if the experiment with the palladium (Pd) electrode would produce physical changes that would challenge the established laws of chemistry.

The most compelling aspect of their experiments was evidence of the production of excess heat. If this were true, it would have resulted in The Holy Grail of energy, nothing short of an eternal panacea. It would change the world as we know it. The industry’s and public’s reaction would have been akin to the first gold rush. As it turns out, it was more like a crucifixion.

Fleischmann was then one of the planet’s most renowned electrochemists. When Pons reported their findings in a press release in 1989, it raised the world’s hopes of having free, abundant energy. The scientific community went insane.

“If low-temperature fusion does exist and can be perfected, power generation could be decentralized. Each home could heat itself and produce its own electricity, probably using a form of water as fuel. Even automobiles might be cold-fusion powered.
— Charles Platt

The team claimed that the process that created the excess heat defied traditional explanation in terms of nuclear energy principles. Pons and Fleischmann also reported that their methods produced small amounts of nuclear byproducts in the forms of neutrons and tritium. Their findings were published as the birth of Cold Fusion.

While they drank toasts to each other, they were confronted with two teensie, tiny problems. No other scientist in the world could replicate their experiments with the same results. It was also proven that Fleischmann and Pons never detected neutrons and tritium. Oops!

By the end of 1989, hopes evaporated, faith disappeared, and trust vanished. Cold Fusion was dead. So we thought.

Cold Fusion: Why We Can’t Have Nice Things

It would be nice to wake up in the morning, flip on your free auto-energy generator, and enjoy free, all-day air conditioning and the free powering of 30 devices. While it sounds fantastic and possible, this probably won’t happen in our lifetimes.

While it might be true that Cold Fusion is too challenging to create, I’m not sure that’s the only obstacle. It might also be true that Mommy Government and Daddy Big Oil won’t allow every Tom, Mustafah, and Jorge to produce their own free energy.

Much like religion, governments love to control populations. This allows a handful of families through the world to benefit significantly from every financial transaction that takes place on Planet Earth. This is especially true for energy and transportation.

This might be why governments and corporations won’t allow the general public to create, manage and benefit from their private production of household and transportation energy. Failing a revolution, if Big Government and Big Corporations won’t be getting paid for a true benefit, the benefit will have a tough time seeing the light of day.

“I would like nuclear fusion to become a practical power source.

It would provide an inexhaustible supply of energy,

without pollution or global warming.”

When I was living in the wilderness in NM, I ventured to the post office one day and found an older guy tinkering with his truck. He claimed it would now get over 400 mpg. I was so indelibly curious that I asked him to show me how it worked.

We drove to his house in the mountains, down a few long, dusty roads. When we arrived at his mobile home at the end of a cul-de-sac, he immediately broke out the architectural renderings from his time as a scientist at Sandia Labs in Albuquerque.

The man also pointed to a small, ominous black box in the corner of his living room. He said, “That’s where all of our free energy comes from. Oh, and it also provides air conditioning.” The house was cool. The rooms were bright. I was beyond blown away.

When I went back to visit him a few months later, he was gone. Not just the man, but his entire house had vanished. As if none of it ever existed. I still get goosebumps thinking about the whole experience.

BTW, there are over 1000 patents for carburetors registered at the US Patent Office. They’ve all been purchased by the automotive and car industries…

When Toyota announced its cute little Prius would soon be getting over 120 mpg, they experienced corporate espionage and other challenges. Somehow the 120 became 60.

As rightful citizens of planet earth, we are only permitted to utilize 20% of what is already proven and possible. It’s all about profit and control.

What Is Cold Fusion?

Cold Fusion is also known as LENR or low energy nuclear reaction. In laymen’s terms, Cold Fusion is a system of energy production that produces more usable energy than what is initially put into the system.

In scientific terms, Cold Fusion is the containment and management of a series of nuclear reactions that occur at room temperature, which produce heat, and therefore, energy. The other attribute of Cold Fusion is that while heat is generated, no neutrons or gammas are emitted.

The reason the concept of Cold Fusion is compelling is that the internal chambers of current devices experience heat in the millions of degrees Celsius. This might prohibit ordinary folks like you and me from creating and managing our own energy production systems.

“Rocket scientists agree that we have about reached the limit of our ability to travel in space using chemical rockets. To achieve anything near the speed of light, we will need a new energy source and a new propellant. Nuclear fission is not an option.”

Cold Fusion is indeed possible, although many scientists say that it’s highly unlikely. The primary reason, they say, is that detecting fission events requires high flux nuclear reactors to study them. This makes it expensive.

It’s entirely possible that Cold Fusion is far less dangerous and improbable than currently being reported.

Recently MIT scientists discovered the path for a nuclear fusion reactor to expel excess heat. This was a massive hurdle in global energy production science. While many scientists are still skeptical, the majority of the world’s most brilliant scientists are working hard to bring this to life.

While this doesn’t resolve the free energy scam, it will establish a system of safe, limitless, and clean energy production, unlike current systems.

“When we look up at night and view the stars,

everything we see is shinning because of distant nuclear fusion.”

How To Build A Cold Fusion Reactor At Home

A man named Andrea Rossi built the Energy Catalyzer (E-cat) the world’s first proven cold fusion reactor. Rossi tells us that a group of independent scientists has already validated his invention. His tests show that his device can create energy that’s 10,000 times the energy density and 1000 times the power density of gasoline, currently the most productive fuel available.

There are probably countless private machines that provide the same effects. If I were to invent something remarkable, I would be cautious with how I brought the device into public view. Great thinkers tend to disappear mysteriously.

Consider Edison’s corporate backing against Tesla’s brilliant anarchism. Tesla was outmaneuvered and broken by the power players of his day. Tesla was not on the hunt for profit; he was establishing a system that would produce free energy for every person on the planet.

Most people have experienced suppression and oppression from governments and large companies. Whether it’s being deprived of futuristic technologies already in use, enduring countless companies under-delivering, or paying the high costs associated with health care, gasoline, and home energy, we’ve all been marginalized in some way. We all have feelings of mistrust for these organizations.

Because of this, every human being doubts that governments and corporations are working on our behalf and telling us the truth. We know that something is amiss.

Sadly, there are thousands of brilliant inventors who have sold their tech to governments and for-profit companies, each of them sworn to secrecy, with the threat of legal action and death. Remember the guy who was able to turn water into an energy-generating system for his car? He was killed. There are countless similar stories throughout the world.

Corporate interests and government agencies suppress invention until they can cannibalize it, whether to benefit the industrial war complex or to create wealth for corporations, board members, and executives.

If the US Government were to outlaw lobbying and the related gifts and cash-incentives that go along with it, the entire world would benefit.

I am grateful for all the science-minded, research warriors who question the status quo and push to bring us the truth, even if their facts are conjecture. Because of their efforts, we will eventually learn the extent to which we have been deprived of our fundamental rights to technology that could benefit every woman, man, and child on the planet.